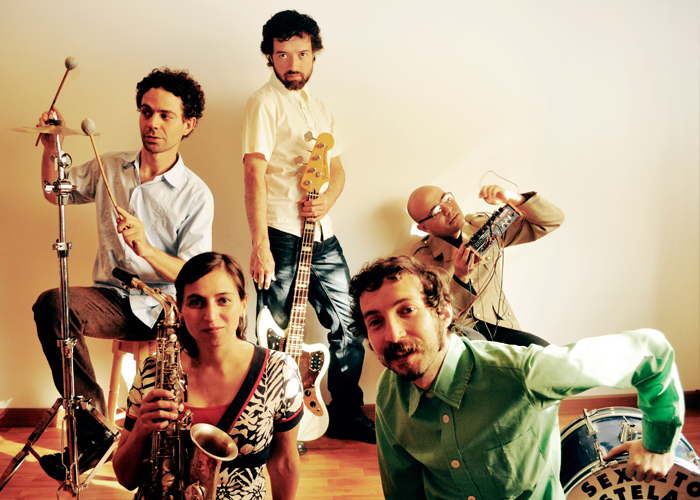 This April, London’s Latin Music festival La Linea returns for its latest edition, gracing clubs and venues across the capital with a mixture of contemporary Latin music acts. Spanning diverse genres in the Latin music scene, every musical taste is catered for, with gigs and performances ranging from hip-hop to classical covered over the course of the two-week festival.

On the 25th of April (8pm, £11) Cargo in Shoreditch will host Sounds and Colours favourites Meridian Brothers, who recently had their first UK release with the brilliant experimental salsa of Desesperanza. They will be supported by the Argentine producer Chancha Via Circuito, whose filtering of folkloric rhythms through modern production has made Chancha one of the major proponents of electronic cumbia across the world.

Meanwhile, Latin hip-hop is the order of the day at Rich Mix in Bethnal Green on April 19th (£10), where La Raza will group together some of the most exciting hip-hop talents from Cuba, Bolivia and the Dominican Republic. Acts will include Street Souls, a key player in the UK Latin hip-hop scene, and Los Ministros de la Habana, a Cuban trio who fuse rap with rumba, reggaeton and timba.

La Linea will offer another 7 shows over the two weeks, including the debut UK show of the Cuban group Havana D’Primera at Electric Brixton (12 April, 9pm, £22) and a performance from the acclaimed new voice of Fado, Ana Moura, at the Barbican. (20 April, £15)

The festival will run from Friday 12th to Thursday 25th April.

For more details about the festival and to book tickets, visit lalineafestival.com.

Full line-up is below: