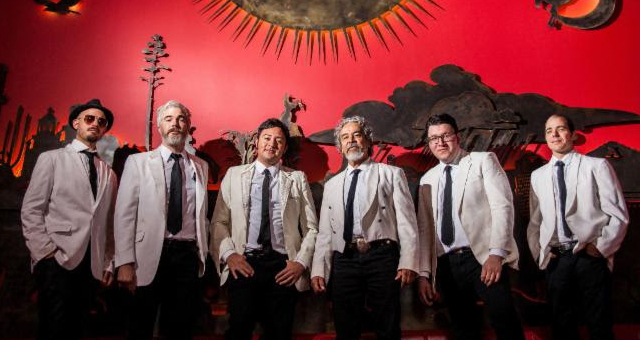 globalFEST’s ‘The New Golden Age of Latin Music’ exposes U.S. to a variety of alt-Latin

New York’s globalFEST is a powerhouse world music festival that brings a chock full of wonderful acts to the city once per year. But that’s not all. The organization funds touring to send musicians from the United States and abroad on the road as a way to expose the masses the acts not often heard in the mainstream radio, television and so on. 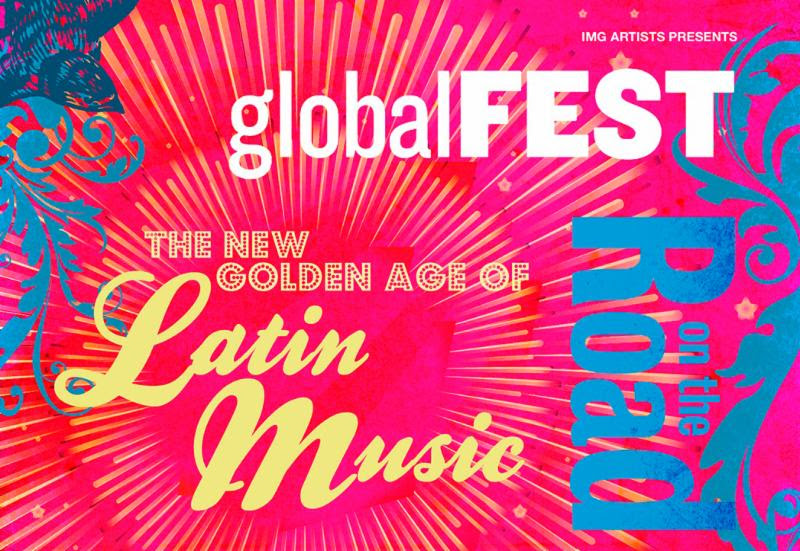 The organization selected these three bands, which they referred to as “some of the freshest, most innovative and provocative bands in contemporary Latin music,” to take turns in the spotlight for this globalFest On The Road touring production.The tour is divided into two sections: From the 1st of February through the 3rd of March features a double bill with Las Cafeteras and Orkesta Mendoza; and the 7th through the 15th of March it will be Las Cafeteras and Mariachi Flor de Toloache.

Las Cafeteras are no strangers to Sounds and Colours readers. The six-piece band began as a group of students at Eastside Cafe, a community space in East Los Angeles, where they learned to play son jarocho, a traditional music style from Veracruz, a state in the Gulf of Mexico. They play traditional Mexican folk instruments including the jarana, an 8-string guitar; the quijada, a donkey jawbone (which serves as a percussive scraper) and a tarima, a wooden platform for dancing.

All of the band’s members are children of immigrants and they exist in a time where their music is of utmost importance when once considers the Trump administration’s rhetoric against immigrants and refugees. Their most recent album, Taste Like L.A., is rife with activist themes.

(For this tour, Making Movies band leader and guitarist Enrique Chi is stepping in on guitar for David Flores.)

Orkesta Mendoza, originally founded by singer and guitarist Sergio Mendoza in 2009 to play a 20-minute tribute set honoring Cuban mambo king, Dámaso Perez Prado, is a dapper sextet that plays a high-energy combination of mambo, cumbia, psychedelia and rock. The Orkesta´s music, arranged to suggest a big band with a touch of lo-fi electronics, speaks of a borderless world in which US culture and Latin traditions come together.

“I think it has to do with being near the border,” explained Mendoza, who also toured and recorded with Calexico, in an interview with the online magazine Rhythm Passport. “I grew up in Nogales, Sonora. Living in Mexico exposed me to cumbia and many regional styles of Mexico, such as mariachi and norteño. When I was 7, I moved to Nogales, Arizona. I started getting into American music and that is where the mixture of cultures begins.”

Winners of a 2017 Latin GRAMMY for their album Las Caras Lindas (The Pretty Faces), the all-female Flor de Toloache will partner with Las Cafeteras for final leg of the tour, beginning March 7th in Salt Lake City, UT)