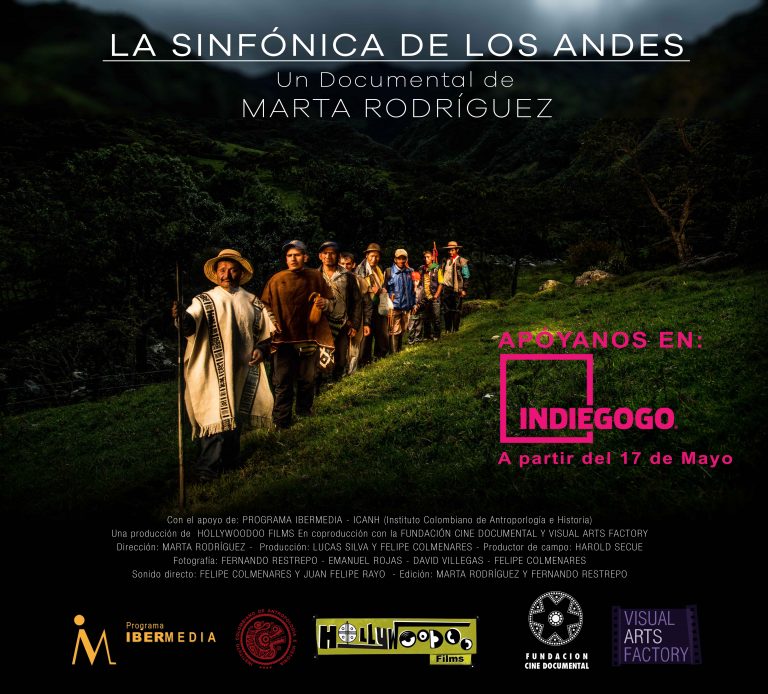 Help Give Voice to Colombia’s Indigenous Children in New Documentary

Perhaps Colombia’s most important documentary maker Marta Rodriguez is planning a new documentary to tell the story of some of the indigenous children whose lives have been irreversibly altered due to Colombia’s armed conflicts, and about the extraordinary musical school that has provided refuge for some of these children.

Marta Rodriguez has been making documentaries since the 60s, adopting the cinéma vérité style of Jean Rouch which meant that she would spend weeks and often months with her subjects until the point that they truly felt comfortable with the camera and could become natural in their actions. Her first film, Chircales (released in 1972), saw her name become synonymous with the Nuevo Cine Latinoamericano movement of film-makers focused on creating documentaries and films from a social reality perspective. Her following films saw her continue this methodology with injustice and inequality often at the heart of her work. In truth, it’s hard to think of any Latin American film-maker who has devoted their life to telling the stories of the disenfranchised people of their own country in the way that Rodriguez has.

Los Andes Symphony Orchestra (La Sinfónica de Los Andes) looks set to continue this legacy. The catalyst for the film was the death of an 11-year-old nasa indigenous girl, killed by a ‘tatuco’ artisanal missile launched by a regiment of FARC in the Cauca region of Colombia. This started Rodriguez thinking about all the indigenous children and their families whose lives have been altered by the armed conflicts in Colombia. At the same time she saw the power of an initiative started by a group of young students in Popayan and Nariño who had lost their friends and class mates in the war. In solidarity with the indigenous movement, the students started an Andean music orchestra in the ‘El Credo’ shelter (which is where the 11-year old girl had died), conceived to remember the youngest victims of the war and to help their parents with their grief.

The film’s makers are now raising funds for the post-production stage of the film so that they can fully realise the project and make sure that it finds the audience that it deserves.

You can watch the short fundraising film below: