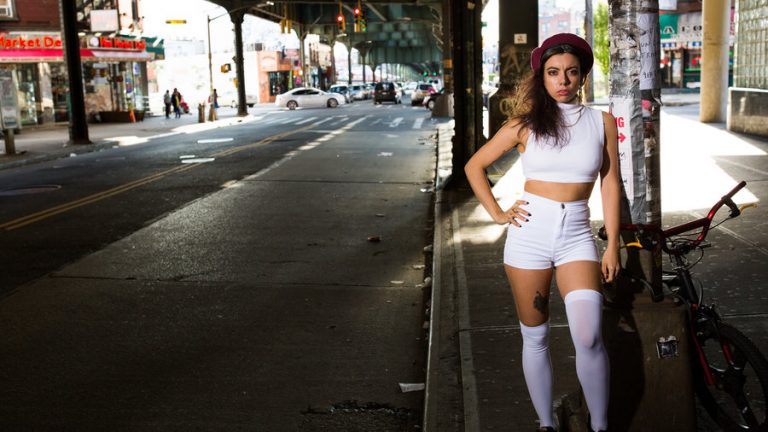 Hurray For The Riff Raff have just released a powerful new protest single “Rican Beach” ahead of an upcoming tour of UK and Europe.

“Rican Beach” addresses the gentrification of the South Bronx and the co-opting of Puerto Rican culture in NYC and around the US. It’s the latest track from The Navigator, a concept album to be released on March 10th. Written by Alynda Segarra and produced by Paul Butler the album tells the story of a street kid named Navita who seeks to rescue her people from a fractious future by reconnecting them with their ancestral roots.

Alynda has this to say about the latest track and its message: “All over the world there are heroes, who, despite suffering generations of oppression, are protecting the land and the future of our humanity. Rican Beach is a fictional place, but it was written with my ancestors in mind. It’s time to call on yours and to always remember: this land was made for you and me.”

You can watch the lyric video for “Rican Beach” below:

The Navigator will be released on March 10th. Before and after which Hurray for the Riff Raff will be embarking on a European tour. Full tour dates are below: