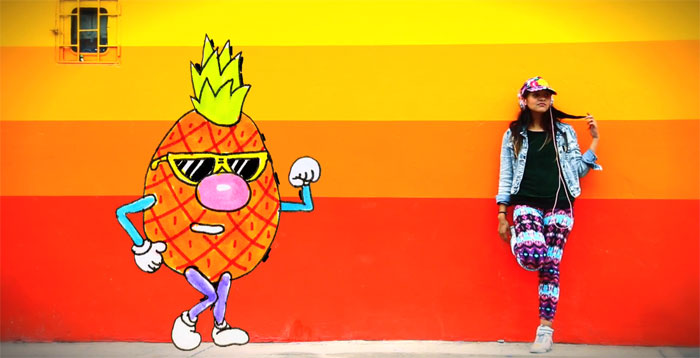 Join The Trip! Latest Cero39 Album To Be Released In Europe + New Video

New Colombian music continues to take the world by storm with another album set to be released in Europe. Cero39‘s Móntate en el Viaje follows albums by Ondatrópica, Meridian Brothers, Bomba Estéreo and Los Pirañas in getting a European release.

Móntate en el Viaje (which translates as “Join The Trip”) will be released on the German label Chusma Records, coming to life as both a digital and CD release on 17th May in Germany and 20th May in the rest of Europe. Following a string of well-regarded EPs and remixes, Móntate en el Viaje is Cero39`s debut album and continues his unique brand of “psychedelic electrotropidub.” Clearly in love with Colombia’s tropical music, Cero39 pushes it’s rhythms to the furthest extreme, maintaining the essence of what makes the music “tropical” and danceable in the first place but taking it to a new level. We have no qualms in saying that Cero39 is one of the most interesting electronic music producers working today.

Preceding the release of the album will be the single “Bye Bye”, which will be released on 26th of April 2013 and will feature remixes by DJ Sabo, Thornato, Copyflex, Liquid Rockz and the Cumbia Cosmonauts.

You can find out more about the album via this handy EPK/mini-documentary: