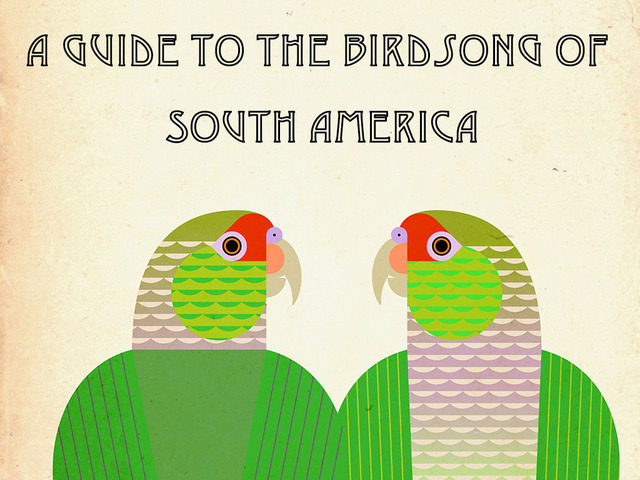 The talented musician, writer and frequent Sounds and Colours collaborator El Búho (aka Robin Perkins) has recently launched a Kickstarter for his latest project, A Guide to the Birdsong of South America. Combining his love for conservation and the environment with his position as a champion and creator of fresh new South American music, the project will involve 12 artists from South America’s new wave of music producers crafting songs around samples of 12 endangered South American birds, with the profits from the project going towards the conservation of these species. A Kickstarter has been launched to pay for the production and distribution of the project, and there are some amazing perks to make any kind of pledge seem like a complete no-brainer.

The hub of the project is El Buho’s Rhythms and Roots blog, an amazing resource for discovering new tropical bass and Latin American sounds, and where information will be announced as the project progresses. So far, Dengue Dengue Dengue, Lucas Santtana and Lulacruza have been confirmed as three of the artists who will be featured. Expect many more amazing artists to be confirmed over the next month.

Click HERE to make a pledge towards this amazing project.

You can watch a rather-amusing and well-detailed short clip about the project, featuring El Búho himself, and listen to a short audio teaser, below: