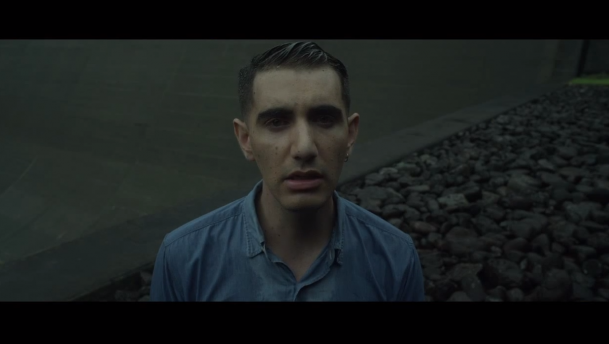 He might have only recently released the Alex & Daniel album with Gepe but Alex Anwandter is back on his own solo trajectory. The Chilean popster’s new ‘Tormenta’ video was made with director Álvaro Aponte in a rowing boat in the Lago Dos Bocas (Two Mouths Lake) in Puerto Rico. Other than the striking lakeside scenery and fearsome-looking skies, the video contains a lot of kissing and cuddling, which seemingly leads to deep contemplation, and then more kissing and cuddling. The song, from the Rebeldes album, is a typically dreamy-but-uplifting slice of electro-giddery while, at 5.35, it’s on the slightly long side for a pop video. Fortunately, Alex fills this time by staring solemnly into the camera. A lot. Puerto Rico looks amazing with moody weather as well. Maybe that’s what the title refers to. Although it’s probably a metaphor for something or other to do with feelings.