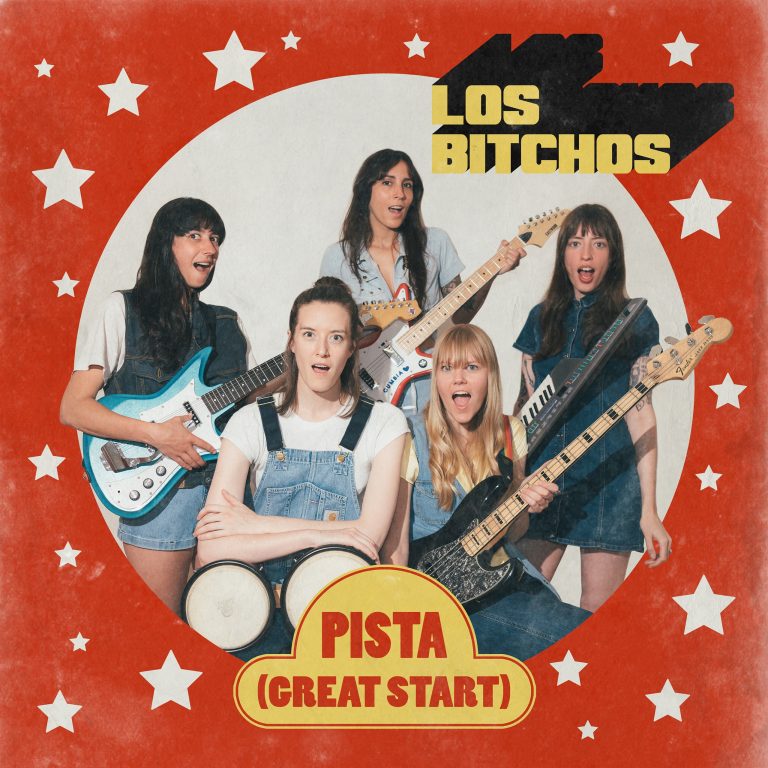 If we had to pick one Latin group in London to keep your eyes on right now it would be Los Bitchos. Their debut single, “Pista (Great Start)”, dropped today, and tells you everything you need to know about this five-piece instrumental cumbia outfit.

With the energy and guitar-jangling power of prime Orange Juice, the hypnotic grooves of Wooden Shjips and the Amazonian spirit of Los Wembler’s de Iquitos, they hit the sweet cumbia spot on this raucous romp, squeals and exhortations punctuating a deep groove and searing guitar (and keytar) melodies. Produced by Franz Ferdinand’s Alex Kapranos, himself a self-confessed Peruvian cumbia freak, it’s a hell of a way to make an entrance on the scene. B-side, “Frozen Margarita”, tones down the party a touch, but still shows the group in fine form with a guitar riff that is part chicha and part indie-pop swoon.

Los Bitchos, whose members are based in London but hail from Perth (Australia), Montevideo, Stockholm, and Croydon, will be playing at London’s The Lexington on September 25th. Expect news of their forthcoming debut album in the coming months.