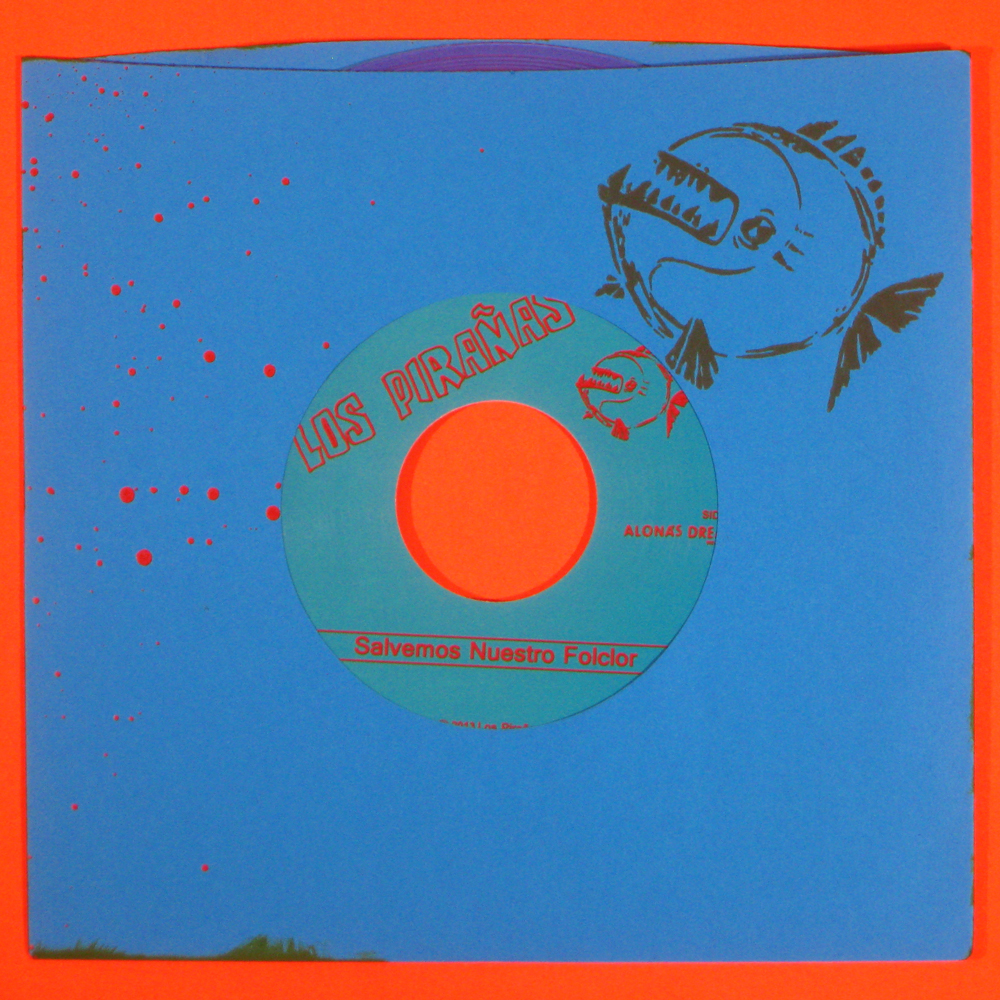 We are extremely excited announce that one of our favourite Colombian groups, Los Pirañas, are set to release a new 7″ on the US record label Alona’s Dream.

In case you need an update on who Los Piranas are, they are a three-piece instrumental band from Bogotá, Colombia. Their music is nothing less than incendiary, featuring the pummelling basslines of Mario Galeano, Pedro Ojeda’s restless funky drums and the boundless tropical experimentalism of Eblis Álvarez on guitar. If any of those names sound familiar it may be because their are the musicians behind incredible Colombian groups like Meridian Brothers, Frente Cumbiero, Romperayo and Ondatrópia.

When the band released their debut album in 2011 I personally flipped out – it was one of the most incredible Latin American albums I had ever heard, as reflected in my review – and made sure it was placed high in our Best Of 2011. The new 7″, featuring “Salvemos Nuestro Folclor” on the A-side and “Carnavalito Infernal y Cosas Cheveres” on the reverse is a great sign of things to come for the upcoming album, which should hopefully be out this year.

You can buy the 7″ from Alona’s Dream or Independent Grand in the US [If you’re a vinyl junkie then check out the rest of the catalogue on Independent Grand, they have some amazing records (they have Frente Cumbiero and Meridian Brothers!) from a wide variety of great labels, and are a good choice if you don’t live in the US as you could get a good bulk buy from them and save on postage].