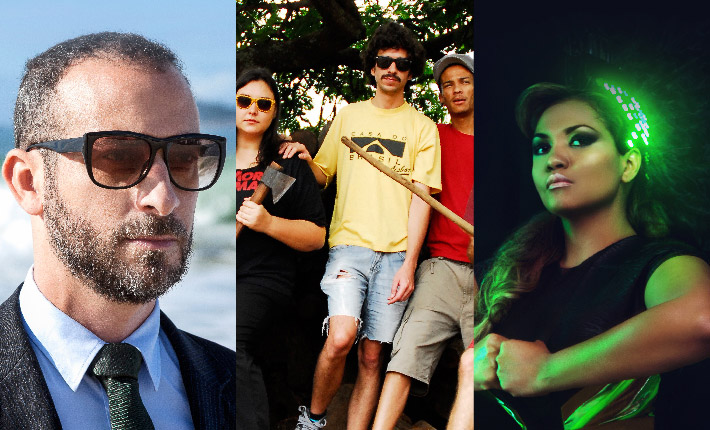 On July 25th, Mais Um! will present three of Brazil’s hottest musical acts at the Village Underground in Shoreditch, bringing three unique sounds from three very distinct parts of Brazil to the capital.

Bahian singer/songwriter Lucas Santanna – whose latest album O Deus Que Devasta Tambem Cura was one of our albums of 2012 – will be joined by ‘the Amazonian Beyoncé’ Gaby Amarantos and her tropical tecnobrega dance music hailing from the jungle-city of Belém.

Graveola, who recently released their debut international album release Eu Preciso de Um Liquidificador (our review here), will be showcasing their eclectic mix of rock, funk, blues and 70s tropicalia on their second London appearance, while DJ Mais Um Gringo will be mixing his favourite new sounds of Brazil in between the acts.

This event will also be taking place at Colston Hall, Bristol, on 24 July. For tickets, and for more details, visit the Barbican website here.

Here’s the promo video for the event: