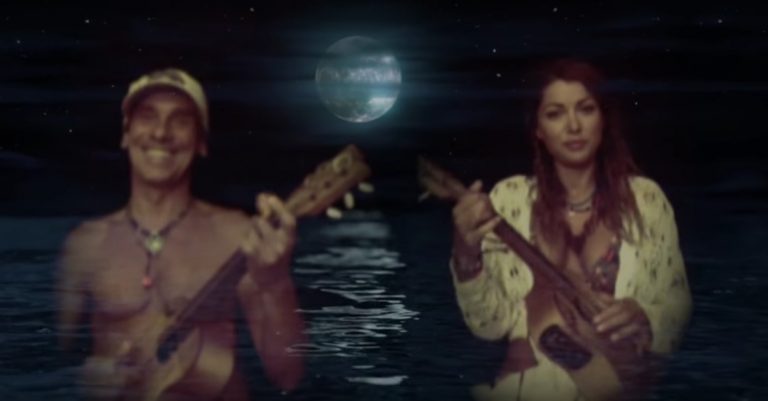 Ten years after the release of his last studio album, La Radiolina, and Manu Chao has started posting some new songs again. These have been dropping gradually over the past few weeks and it feels the time is right to share them with you all.

“No Solo en China Hay Futuro” is a track that Manu has been playing live for some years now, but finally it has got an official release. Playing guitar with a simple accompaniment of percussion and accordion, it’s a sweet song of hope and you have to wonder whether the release of this material has been hastened by the current political situation in Europe and the US. An even simpler live version with just Manu playing guitar and singing on the Llacuna FC field can be found at youtu.be/aZfnuB0dmZg

Also released has been the woozy dub anthem “Words of Truth” and “Moonlight Avenue”, which is from the new project of Manu Chao with Greek actress Klelia Renesi. Entitled TI.PO.TA the YouTube description states that the duo have home recorded plenty of tracks over the past two years and will be releasing them “little by little”.

You can listen to all of these new tracks below and can download them directly from Manu Chao’s website.