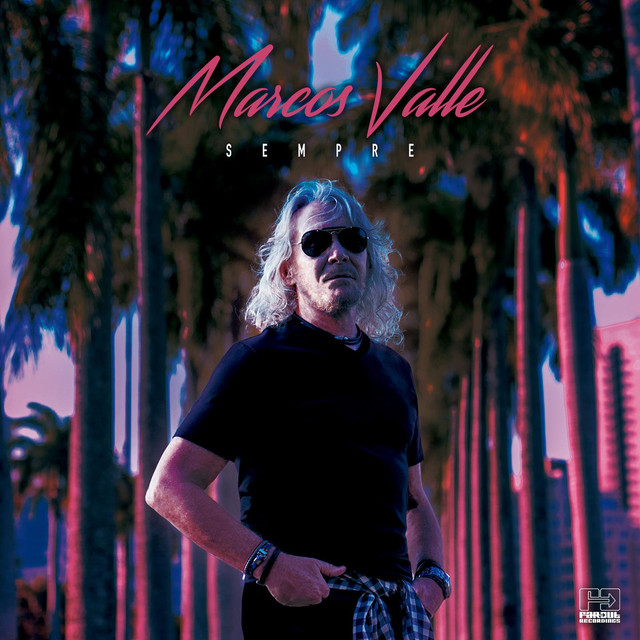 As time passes, the musicality of Marcos Valle becomes ever more refined. It’s an affirmation that can be proven on his new album Sempre (translating as ‘Ever’), a reflection of the continuous search for development and reinvention that has defined the incredible artistic career of Valle over the last six decades. At its finest his music arrives packaged as a fresh, full-bodied jazz-funk, coupled with the engaging sound of disco music and dashes of that ‘psychedelic samba’ that got everyone dancing in the 80s.

A member of the avant-garde when he first emerged, Marcos Valle retains his originality. He has a timelessness that appeals to young pop fans and the older ones who have always been connected to his work. While it has always been hard to put a definitive label on his work, we can say for certain that it is contagious. No one will be left standing when listening to the groove of “Minha Romã”, É Você” or “Aviso Aos Navegantes”, the latter a cover of one of Lulu Santos’ greatest hits.

The first taste of Sempre can be heard on the single “Alma” . But this is only a small sample of what Marcos Valle has prepared in the company of Alex Malheiro (bass of Azymuth), trumpeter Jesse Sadoc, percussion master Armando Marcal, and producer Daniel Maunick. The musical arrangements are incredible – wrapped in G-funk and soul – and the compositions are exceptional and full of romanticism. It’s for dancing and falling in love, forever, sempre.

Sempre will be released by Far Out Recordings on vinyl, CD and digitally on June 28, 2019.

To support the album Valle will be playing the following European tour dates: