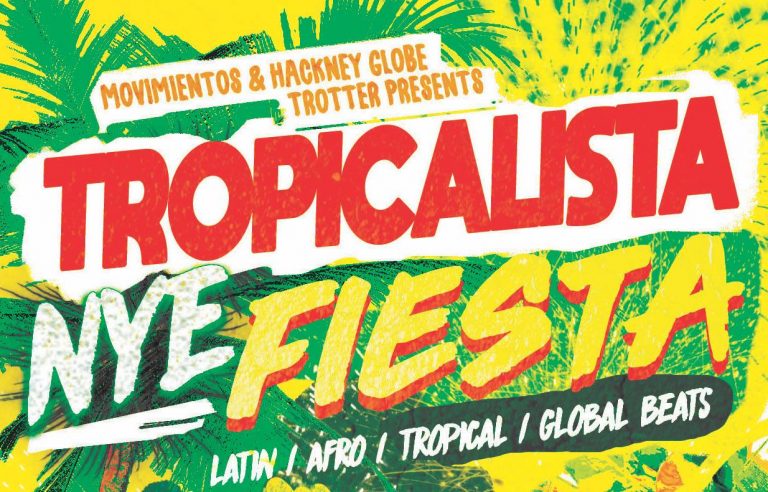 In what has become a UK institution Movimientos and Hackney GT have announced a fiery line-up for this year’s Tropicalista NYE Fiesta. Taking place at Rich Mix in East London, this is a party for those who want to bring in the New Year in true tropical fashion with a smattering of Latin and Afro grooves from live acts and DJs.

Heading up the live quota are London’s The Busy Twist, the production duo who have a canny ear for marrying African and Colombian vibes with global bass. Their DJ set will be accompanied by live percussion. They will be joined by the maracatu group Baque de Axé who will be bringing the flavours of north-eastern Brazil to the party.

Finishing off the line-up will be Movimientos main man DJ Cal Jader, Hackney Globe Trotter aka Russ Jones and Poly-Ritmo from Soho’s Soul Jazz/Sounds of the Universe stable.

If you’re looking for a foolproof NYE party then you can’t go wrong with Tropicalista.

Full details of event can be found on Facebook.