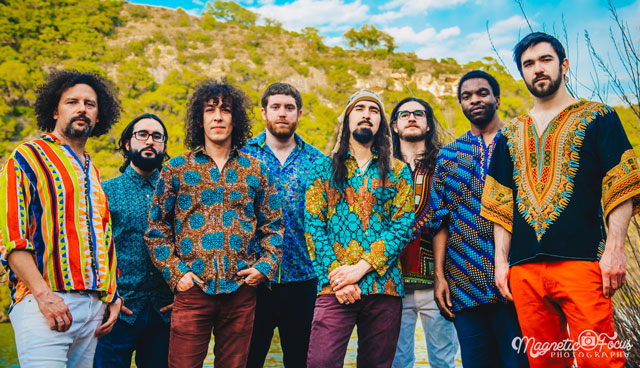 The Texas-based band, Superfónicos, who are up for “Band of the Year” by the Austin Chronicle, have a new music video for their cumbia-rock track, “Suelta.”

The track is from the band’s debut EP, Suelta (‘Let go’), which they said was inspired by the current political climate.

“The idea of letting go is crucial to our growth as a society as well as on a personal level. [It’s about] letting go of xenophobia, racism, misogyny, homophobia, classism—all of which are driven by people’s fear. We are at a turning point politically, where the few in power are trying to maintain their grip on these outdated mindsets, but the overwhelming majority are no longer buying into the divisiveness of the previous generations and are ready for a change. Only by letting go of our fear can we break down these walls. ‘Suelta’ and let love drive you, not fear,” they said in a statement.

Watch the video for “Suelta,” directed by the Monterrey, Mexico, born Diego Lozano, and see their upcoming tour dates, which includes the highly-attended SXSW, below.