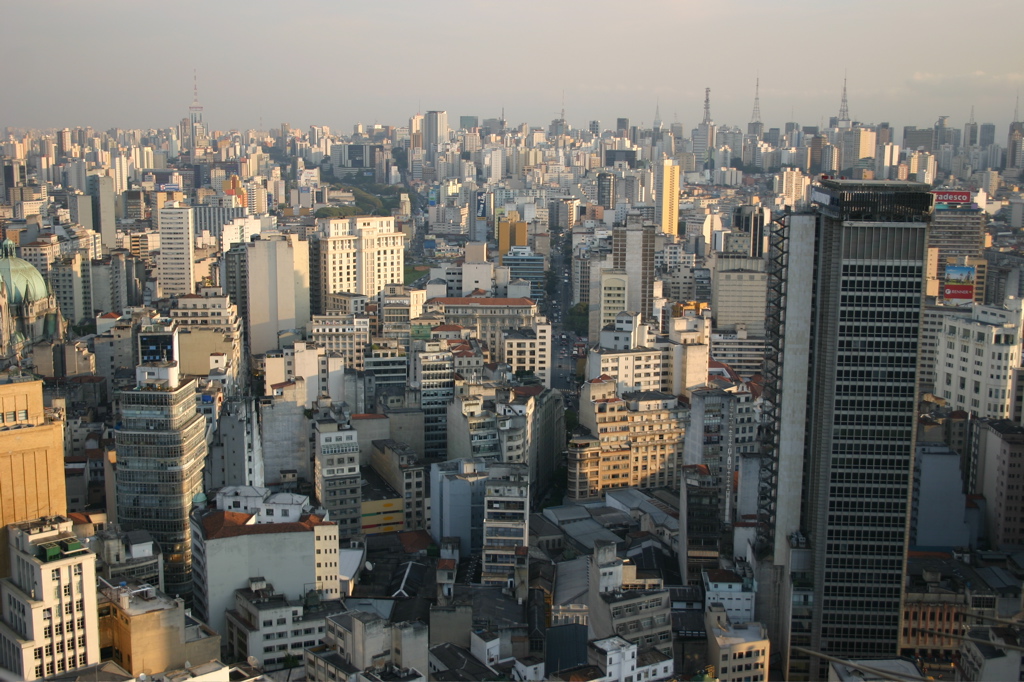 Afropop set themselves up in São Paulo for their latest radio show, a documentary about the alternative and underground music scenes in the city. Featuring some of Sounds and Colours’ favourite artists (Lulina, Rodrigo Brandão, Tulipa) the documentary gives real insight into the amazing music currently being made in São Paulo, and what inspires this music.

Here’s how Afropop describe the episode:

In this episode, Afropop Worldwide travels to São Paulo, the 20-million person Brazilian megalopolis, to report on the explosive music scene stirring among the city’s cosmopolitan youth. São Paulo is hardly the Brazil you see on the postcards – it’s a city of endless high-rises that stretch on into the horizon, covered in colorful graffiti and snarled with traffic. But it’s also a place where people, ideas, sounds, and technologies come together and get scrambled-up like nowhere else in South America. On this program, we delve into the music of being made in São Paulo as a window into the Brazil of the future. First, we head to the city’s sprawling outskirts to explore São Paulo’s long and vibrant relationship with hip-hop culture. Then we check out the local indie scene, where artists like Holger and Lulina seamlessly mix Brazilian traditions with the latest sounds from the US and Europe. We visit local record shops, an Afro-Brazilian music fair and DIY venue for underground music, and speak with everybody from São Paulo legend Arnaldo Antunes to up-and-coming songwriter Thiago Pethit, hip-hop innovator Rodrigo Brandao and bluesy rockeira Bárbara Eugênia.

You can read more about the documentary, as well as read biographies of the artists featured, at the Afropop website. You can also listen to the documentary below:

If you want to listen to some of our favourite artists from São Paulo you should check out our compilation Nossa, Cara! New Sounds of Sao Paulo, available for free download here