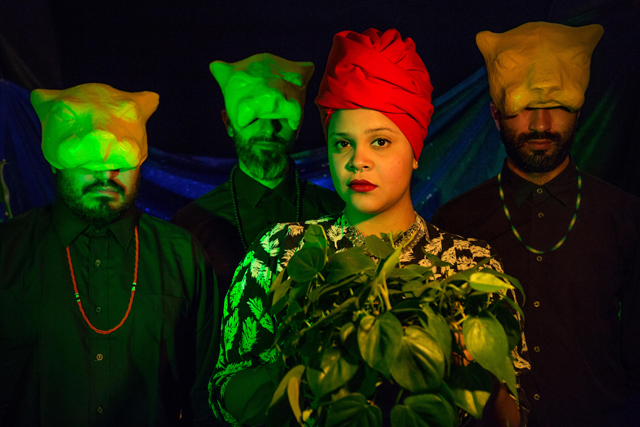 New York City’s Combo Chimbita is set to release their debut full-length album Abya Yala on the 21st of June via Figure & Ground and they’ve given us a preview single for us to share with the masses.

The quartet, which consists of lead singer Carolina Oliveros and three mystery men (seriously) have a crafty way of describing themselves: Tropical futurism, psychedelic cumbia-not-cumbia.

Combo Chimbita is a group of first-generation New Yorkers who first began experimenting with different traditional musical styles during their late night residencies at Barbès in Brooklyn. Their first EP, El Corredor del Jaguar, was released in 2016 on Names You Can Trust.

Listen to the fiery single, “Ampárame” below and catch Combo Chimbita live at the Bowery Ballroom on Wednesday, the 17th of May (tickets). Follow the band on Instagram and Facebook.