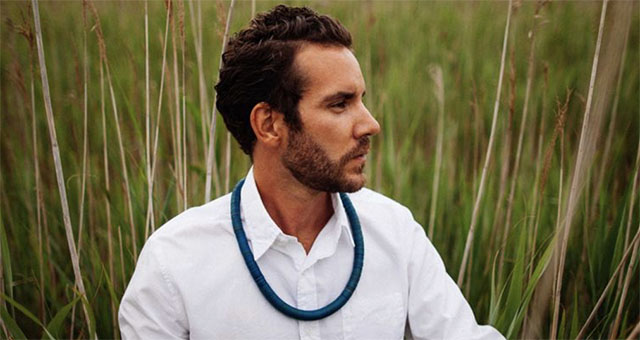 New Music: ‘Back It Up’ EP by NYC’s Thornato

New York City producer/DJ Thornato has a new EP on Nickodemus’ Wonderwheel Recordings and it features artists from Sierra Leone, Ghana, and the United States.

“My inspiration for the song was 90’s dancehall, Afro-pop, champeta, and dembow. We wanted to make an uplifting song for the dance-floor that feels nostalgic,” says Thornato (real name Thor Partidge) about the title track, “Back it Up.”

The video for the title track features Zongo Abongo making a long-distance call on a bright orange phone to a girl in New York City. Over in the Big Apple, the girl has a landline phone of the same color in her ear while wining it up on her way to the subway station, and eventually, to the dance floor at a club.

Thornato’s track with Bajah, “Chaka Chaka,” is also uplifting. And how could it not be, as the song is named after South African singer Yvonne Chaka Chaka.

“[The track is] an afrobeat/soukouss style riddim which is very familiar to [the music of] my country Sierra Leone. I am chanting about a lady I met at a party who really knows how to dance and looks very pretty like this old school South African singer, Yvonne Chaka Chaka.”

The version below was remixed by L.A.’s Yukicito,a student of Colombian percussion maestro, Eduardo Martínez. In it, he reframes Bajah’s vocals atop a driving garabato rhythm and ups the moodiness with dreamy soukous style synth lines, bouncing mbira tones, and sweet touches of melodica.

Grab the whole EP on Bandcamp, and celebrate with Thornato and friends at a party to celebrate the release of his full-length album, Bennu, on the 19th of May at Nublu in NYC.