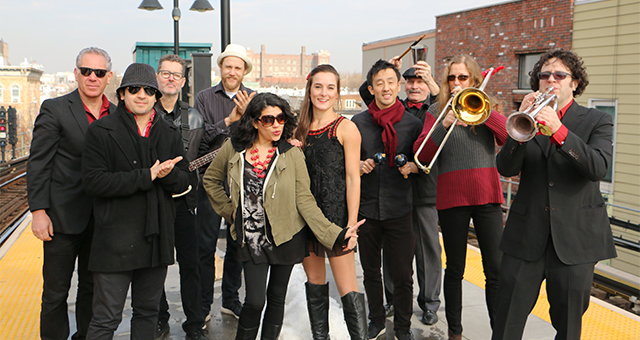 New music: ‘You Know I’m No Good,’ a cover by NYC’s Spanglish Fly

Spanglish Fly, an 11-piece Latin boogaloo group from New York City, is set to release their sophomore album  this month and to preview it, we’ve got an impressive lead single.

“You know I’m No Good/Chica Mala Mambo” is the boogaloo cover of the Amy Winehouse hit from her Back to Black album, only, as their name implies, the lyrics are in Spanglish (Spanish and English).

Spanglish Fly burst onto the scene in 2009, when DJ Jonny Semi-Colon (real name: Jonathan Goldman) started noticing that what really shook the dance floor was Latin boogaloo, late-60s records by Joe Cuba, Joe Bataan, Mongo Santamaria, etc. He knew he had to form a band to play the music live in the place where it began, New York City. Soon, they were dazzling audiences at venues such as the Apollo, the Blue Note, BB King’s, SOB’s, and Brooklyn Bowl, including opening for boogaloo legends Joe Bataan and Johnny Colón.

The tracks on the album continue to use boogaloo as a musical foundation while taking the genre in new and unexpected directions, incorporating bolero, New Orleans funk, swing jazz, Arabic chant, and other new sounds.

As for its title, Goldman says they liked it because “it sounds like something your abuela might say…It’s Spanish mixed with English, which is our thing.” 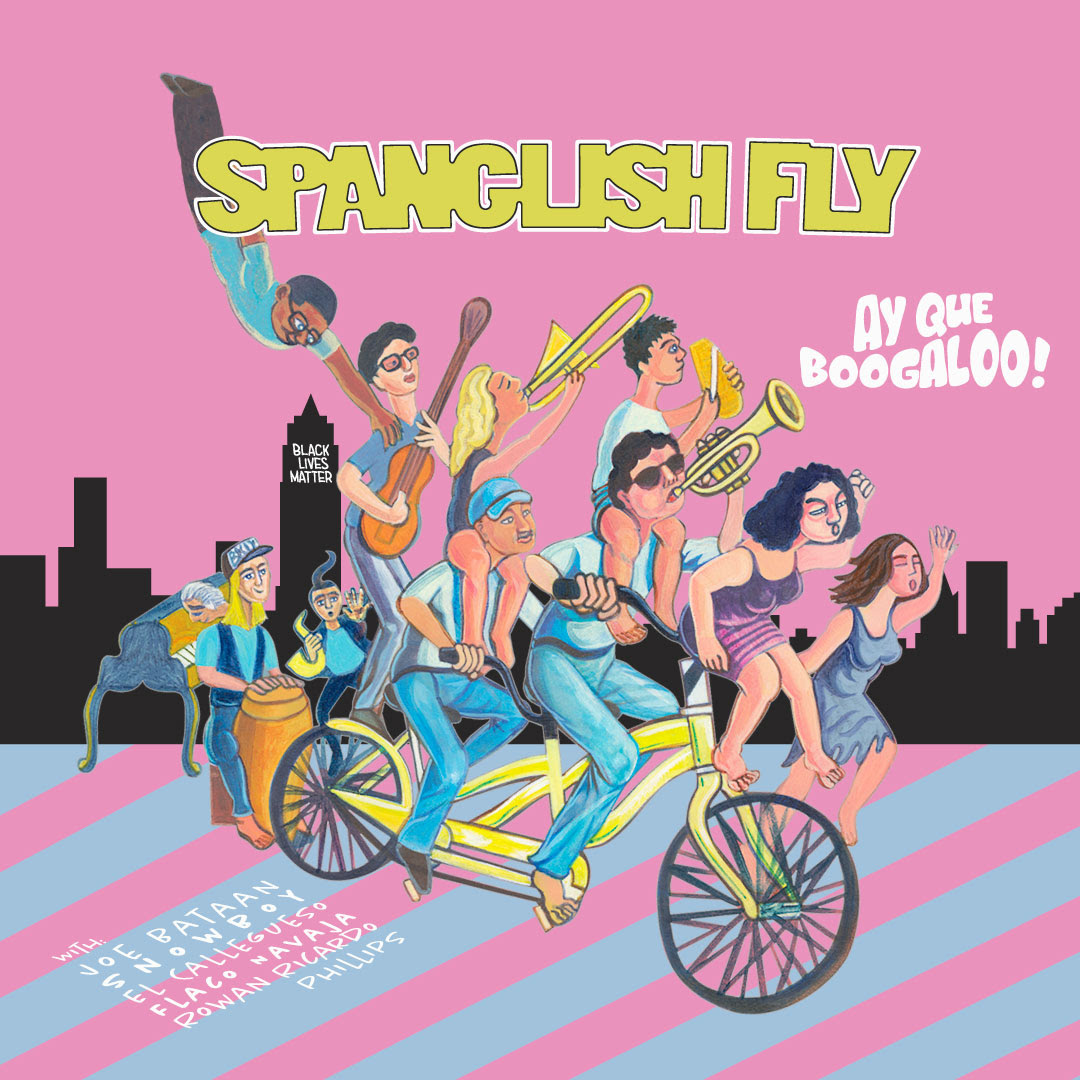 Says Goldman, “In an unspoken way, we were all conscious that the very fact that a multi-ethnic, multi-gender, multi-national, multi-generational group was recording an album of Afro-Caribbean music with lyrics in Spanish and English (and a bit of French and Arabic) was a contribution to the resistance [against President Donald Trump].”

The band will celebrate the release of their record on the 8th of February at the Highline Ballroom along with Joe Bataan. Get tickets here.

Listen to the track below: