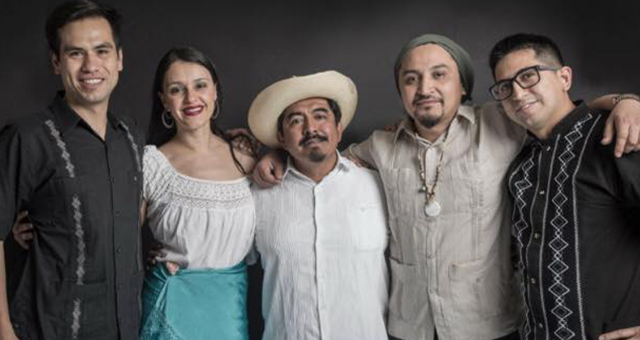 What happens when you pair a seasoned musician from a legendary son jarocho family with a younger band working to keep the traditional vital in the diaspora of New York City? You get a beautiful new album out today, the 11th of May:

Zeferino, who was born in a cattle-raising family in rural Veracruz, Mexico, is considered the ultimate definition of the “Jarocho” – a mix of races, cultural backgrounds, and musical forms. Jarocho, we should add, is a term used for those born in Veracruz that was derogatory until Veracruzans themselves appropriated it and now wear it with pride.

He has kept the san jarocho music tradition alive through a fallow period, when son jarocho was looked upon as old folks music. But now that folklorists and younger musicians in Mexico and the United States are taking an interest, he is the elder and master to whom they look.

Enter Radio Jarocho, a New York band who play the rowdy, upbeat, and at times melancholic san jarocho, mixing it with the sounds of New York’s urban life. (Watch a video, which explains how they came to collaborate, here.)

“The songs on Rios de Norte y Sur are, in large part, beloved exemplars of the son jarocho songbook, delicately nuanced with contemporary flourishes,” she said.

Listen to “Cotorritos” below and pickup the entire album on iTunes.