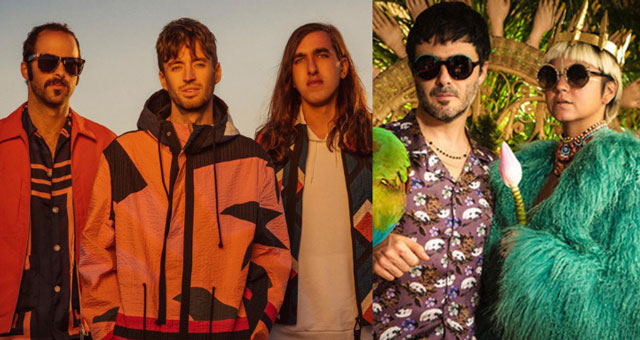 Crystal Fighters, the English-Spanish electronic music band based in London, have dropped a new album full of collaborations, and, among them, a track with Colombia’s Bomba Estéreo.

“Goin’ Harder,” featuring Li Saumet rapping in Spanish (Spanglish?) about being from the Caribbean while living and loving life, seems like the perfect song to play on the way to a music festival this summer. It is one of 14 tracks on Gaia & Friends, which also features a track with Chilean singer Soledad Vélez and a 56-second interlude with Ugarte Anaiak, made up of two brothers (Felix and Imanol) who play the Basque percussion instrument, the txalaparta.

Crystal Fighters, whose bio reads, “We make fast dance music with Basque instruments, synthesisers and our voices,” hail from Navarre, Spain, and formed in London, England, back in 2007.

On Twitter, the band describe the new record as a chronicle of travel and good friends.

“It’s a chapter of music from our travels around our beautiful earth, made with and inspired by some of our closest friends. We are so grateful for your support as we continue our journey.”

Listen to “Goin’ Hard” below, and catch Crystal Fighters touring throughout Europe this spring.