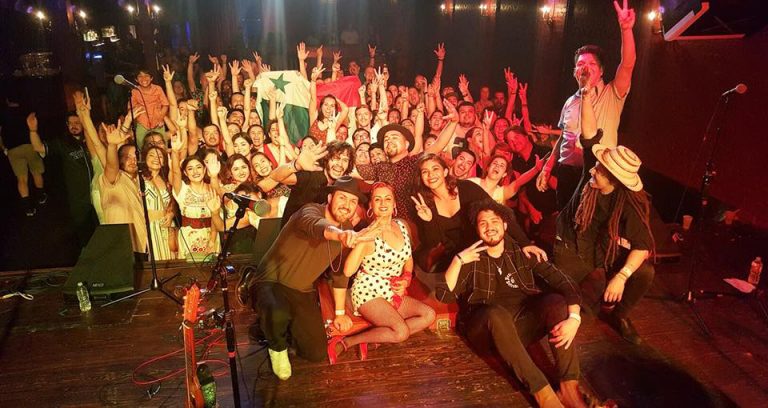 A new single by California’s Las Cafeteras and Kansas City’s Making Movies is a very upbeat celebration of Latin music and its origins.

“Ritmo de mi Pueblo,” with lyrics in English and Spanish, is the fourth track by both activist bands, who toured together this past year spotlighting the importance of immigrants in the United States.

“We are a part of the History of this country and an integral part of the fabric of American Music. When you hear Jelly Roll Morton describe how there is no Jazz without the Latin influence, you realize how integral we have been and how easily those stories can be forgotten,” Making Movies said when they began that tour back in May.

Making Movies is back on tour, and their upcoming show at Joe’s Pub in New York City is a rally for RAICES Texas, an organization working to reunite families separated by Donald Trump’s family separation policy at the border. They even created a t-shirt in partnership with RAICES where 100 percent of the proceeds are going directly to the cause.

While on tour, the band met with the executive director of RAICES for a Q&A, which you can watch here.

Stream the song and watch a “Behind the Scenes” video below, and grab tickets to their show on the 15th of August in NYC here. Also see more tour dates below.

Las Cafeteras are also on tour. See dates at their website.