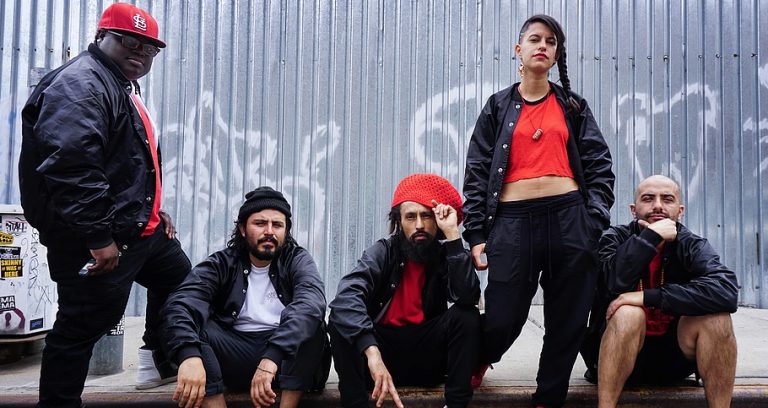 A new music video by NYC’s M.A.K.U. Soundsystem was released on the 17th of May, in honor of International Day against Homophobia, Transphobia and Biphobia.

“Por Encima” is the first single off of the quintet’s forthcoming EP, 5 Fuegos, which will be released in June via Peace & Rhythm.

“In times of fire, ‘Por Encima’ encourages us to take flight and be who we are without fear,” the band says in a press release.

The song visuals came about through a collaboration between lead singer Lana Baja (real name: Liliana Conde), and a group of young, mostly queer, filmmakers/students based in Santa Marta, the Caribbean region of Colombia, where some members of M.A.K.U. were born and raised.

“After sharing the audio of Por Encima with the director, Camilo Iguarán, he shared more of his film projects with me and a collaboration was born,” says Conde.

The group of young filmmakers are currently producing a series of short films called Memorias del Cuerpo, which center queer/trans experiences of life and the armed conflict in the caribbean region of Colombia. Iguarán and Conde say the song was very much in line with the energy and theme of the first short of the series, so the music video features both, fragments of the short, as well as original footage. The song will also be featured as part of the film’s soundtrack.

Watch the video for “Por Encima” below, and watch MAKU play the Main Stage of the Loisaida Festival in NYC on Sunday, the 27th of May. Admission is free.