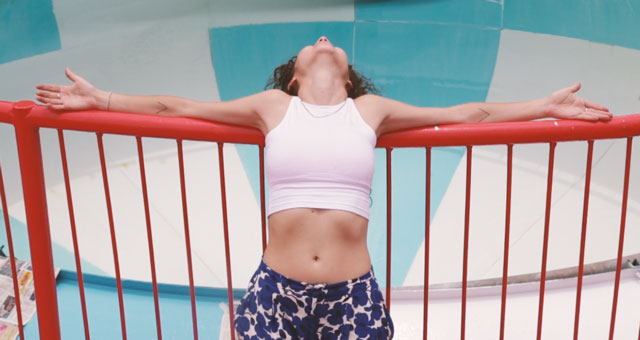 Never judge a book by its cover. It’s an old lesson, but one this writer had to remind herself about while preparing for rapper Chhoti Maa to start performing at a showcase in New York City featuring indigenous artists.

Born in Guanajuato, Mexico and based out of Oakland, Calif., Chhoti Maa is petite, but her voice is anything but. Now, this activist rapper with a husky voice and flow has a new video for her single, “Atiza,” and we’re premiering it below.

Maa, who is also an artist-teacher and cultural producer, gained internet buzz in 2016 when she dropped migrant anthem “Agua Corre.” Wanting to refine her sound, she took her album of the same name on the road to Spain, Sweden, Canada, Mexico, Puerto Rico, and the United States. 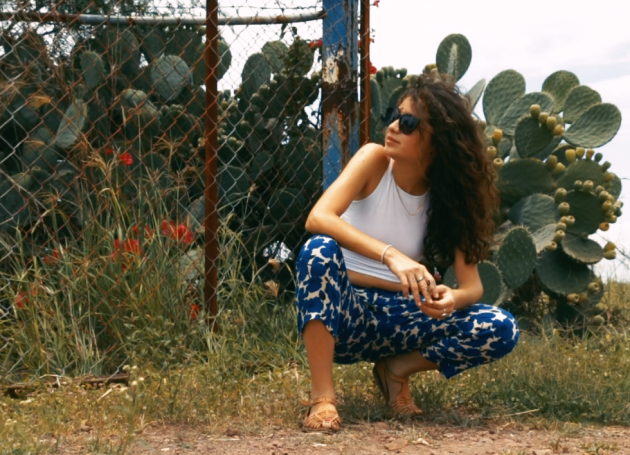 Maa tells us the new project will feature a blend of genres, from hip-hop to cumbia.

We’re also a fan of fact that she had a modern-day “fairy godmother” type of force behind her to make it possible.

Maa was able to record, mix, master and fund the record thanks to the support of the Women’s Audio Mission, a San Francisco/Oakland-based nonprofit organization that uses music and media “the only professional recording studio in the world built and run by women to attract over 1,500 underserved women and girls every year to STEM and creative technology studies that inspire them to amplify their voices and become the innovators of tomorrow.”

Women helping women to create, and because of that, Maa has her new album, which has a theme of fire.

The lead single “​Atiza​” discusses the current wildfires in the Mission and across California.

“I wrote this within an hour or two right after one of the big fires in this area of Oakland / Huchin (Ohlone Land),” said Maa, who is an activist for indigenous and other causes. “While some of these natural fires are caused by the climate change and the ensuing draughts, others in cities like San Francisco, Berkeley and Oakland appear very much to be caused to displace migrant, Black, Latinx, Indigenous, Asian communities to make way for expensive development and the further gentrification of the Bay Area.”

So what does atiza mean?

“Atiza is a word/expression with many meanings. That is why I picked it, as I like to play with words, layered meanings,” she said. “It can mean to revive the fire, to revive a conversation, to light it up/smoke.

“In the chorus I say, Atiza, atiza, atiza, atiza… Donde hubo fuego (Where the was fire)
Cenizas quedan (Ashes remain, which is a popular saying in Mexico, meaning where something happened, traces are left, an imprint so to speak). Quemaron todo (They burned everything), y aun tenemos nuestra aldea (but we still have our village, people, circle, tribe,” Maa said.

Watch the video, directed by her best friend, longtime collaborator and Mexican filmmaker, Arturo Segoviano, along with her sister, La Pipol, below. And keep up with Chhoti Maa on her website or on Facebook.