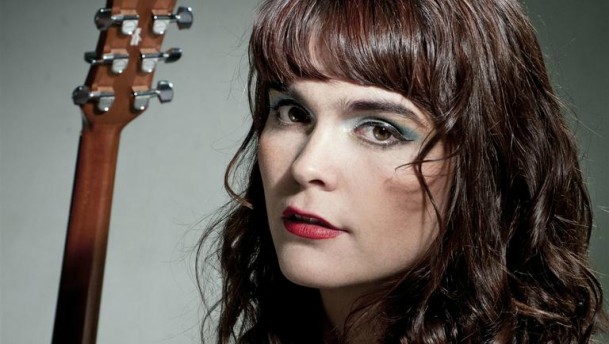 Anyone remember the eighties? Camila Moreno’s art director clearly does, as the new video from the Chilean singer seems to take inspiration from those weird paintings you see on the wall of the waiting room in your local GP’s surgery. Having got hold of some intriguing film footage from long ago, I guess it was felt that slapping paint all over things was the way to go. Perhaps they just left the film reel too close to a three-year old who then scribbled all over everything.

The song goes by the great name of ‘El Amor de las Hierbas Salvajes’. A marvellous sentiment, as who doesn’t love wild herbs? It is the fourth single from Camila’s most recent album Panal. Although not quite as depressingly excellent as ‘Te Quise‘, it skitters and skirts its way to a pretty satisfying conclusion, where for some reason I hear the end to the Beastie Boys’ masterpiece, ‘Jimmy James‘. Just me? That’s OK.

One other thing. Has anyone actually ever seen Camila Moreno and Chinoy in the same place? With each passing record, they seem to be getting ever closer in style. High-pitched is all good (‘After the Goldrush‘ is my funeral song – the title is a good metaphor for death I think) but it does make post-pub singalongs that bit more of a challenge.