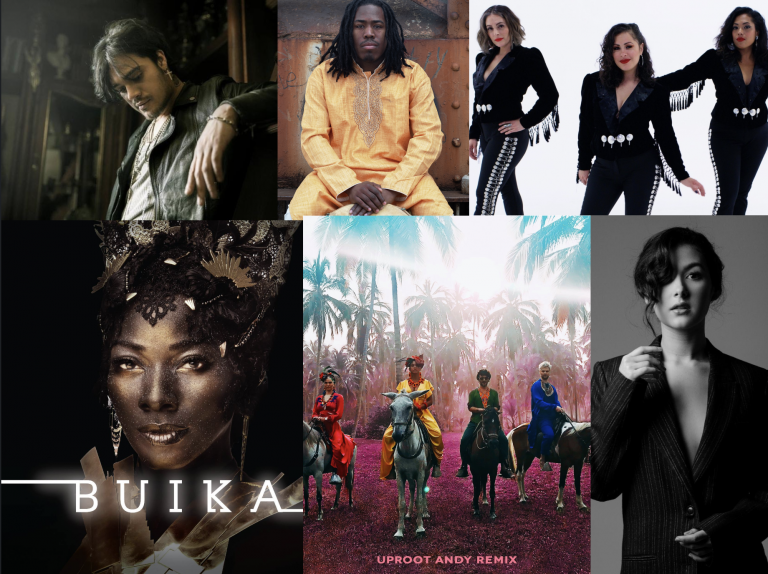 On Our Radar: New music from Colombia, Honduras, NYC, Spain and Venezuela

Colombia’s Jona Camacho, a multi-instrumentalist and producer who many refer to as the new face of R&B in Spanish, finds himself touring the United States as of late.

Camacho, who plays keyboards, percussion, guitar, bass, vibraphone, accordion, bass, and even the ukulele, comes from a family of musicians, many of his uncles are teachers at a well known music school in Colombia.

The crooner, who was a contender on the Colombian reality singing contest, A Otro Nivel, gained some buzz in late 2017, with his soulful song, “Dulce Vino,” which translates to sweet wine.

Camacho will be in New York City during Latin Alternative Music Conference next month. He’ll play a few showcases, including the BMI Alternative Summer show at Drom on the 9th of July, and the LAMC Acoustic Sounds showcase at SOB’s on the 11th. Listen to his latest single, “Caramelo,” below.

Garifuna music is evolving. Or at least that’s what a young drummer and singer of Garifuna descent wants us to know. Born to Honduran parents and raised in the Bronx, Andy Ordoñez got his start in music at the early age of 13, when he joined his father Bodoma and his touring Garifuna Cultural Band. Throw in the influence from the blend of African and Caribbean culture all over New York City’s northernmost borough, and we have what he’s offering us these days.

In his debut vinyl release for the Brooklyn based Names You Can Trust, Ordoñez has transformed this base of folkloric drumming, a bedrock of parranda and punta rhythms, along with the distinctive sound of the primero drum, and fused it with a contemporary blend of Caribbean-style synths and guitars to create a new evolution that lies somewhere in the echoes of Cabo Verde, Haiti and Ordoñez’s Central American roots.

Coming off the heels of releasing a song with R&B sensation Miguel, New York City’s very own all-woman mariachi band teamed up with another R&B singer. “Quisiera, off their new album Indestructible, is a revamp of a Juan Luis Guerra classic that Flor de Toloache sings along with John Legend. And, yes, he sings entirely in Spanish. Hear it below.

Spain’s Buika will grace the SummerStage in Central Park on Sunday, the 30th of June, and A-WA, an Israeli band with an Arabic name featuring three sisters of Yemeni Jewish, Ukranian, and Moroccan Jewish heritage, will open. A Latin GRAMMY winner and two-time GRAMMY nominee, Buika is a singer-songwriter-producer and composer, who was born in Palma de Mallorca. Her beautiful new track, “Vete que te quiero,” blends jazz with flamenco sounds. The song is a contradiction as its title translates to “Leave, I love you.”

Colombia’s Bomba Estereo has teamed up with the NYC based EDM duo, Sofi Tukker, for a fun summer song, and Brooklyn’s (but often touring around the world) Uproot Andy has put his spin on it.

There’s something very reminiscent of his early cumbia mixes in this remix. It’s an upbeat number with lyrics in Spanish and Portuguese about wanting to dance.

Watch the video for “Voy” below., and catch Nella in her record release party at Joe’s Pub in New York City on the 26th of July.