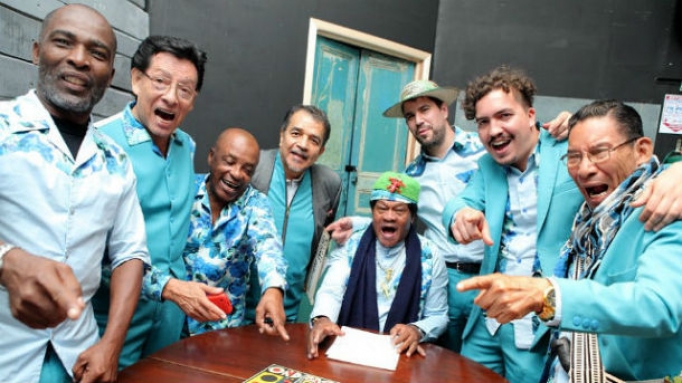 On the 27th and 28th July, the Colombian bands Ondatrópica and Bomba Estéreo will play the Open East Festival in London, an event which will mark the first anniversary of the London 2012 games with a weekend packed full of music from around the globe.

Having represented their country at the London 2012 Cultural Olympiad, Ondatrópica return to London on Saturday 27th to showcase the sounds which made their debut album a “modern masterpiece”. Featuring Will ‘Quantic’ Holland, members of Frente Cumbeiro and an assortment of Colombia’s finest musicians, the group will offer up their unique fusion of music styles ranging from salsa to cumbia, ska to electro and bossa nova to funk.

Meanwhile, Bomba Estéreo – whose latest album Elegancia Tropical was one of Sounds and Colours’s albums of 2012 – will play the festival on Sunday 28th. Having recently played a stunning set at Santiago’s La Cupula, the band will be showcasing their hip-hop and reggae-tinged cumbia tunes to a London audience as part of their European summer tour.

For more information and to book tickets visit http://queenelizabetholympicpark.co.uk/events/2013/6/open-east