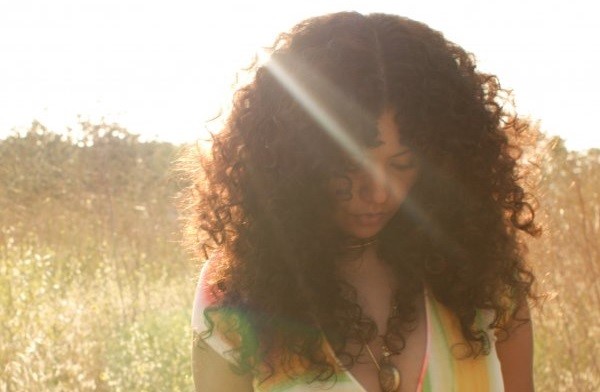 We’re so excited to bring you this exclusive remix of “Lo Mas Dulce”, taken from Gaby Hernandez‘s upcoming new album Spirit Reflection. Set to be released by Mr Bongo on Friday it’s the third album from this hugely-talented Los Angeles singer and musician of Chilean descent.

As with previous albums, Spirit Reflection will see Hernandez meld influences from Latin, jazz, folk and electronica in her own seductive manner with emphasis on creating dreamy sound beds from which her breathy, precise vocal melodies can shine. It’s an album full of top-rate collaborators such as Kamasi Washington, Stuart Howard (AKA Lapalux), Dexter Story, Carlos Niño, Miguel Atwood-Ferguson and Gabriel Reyes-Whittaker, resulting in a deep, multi-layered album.

The original version of ‘Los Mas Dulce’ is anchored by a hyper-capoeira beat with call-and-response vocals and far out synth sounds for one of the most energetic takes on the album. In this remix, brought to you exclusively by Sounds and Colours, Natureboy Flako – who is no stranger to working with Latin American rhythms – gives it a slower, stripped-down twist with a killer modern take on a G-funk beat made up of hand drums and heavy bass squelches with Hernandez’ multiple vocals given plenty of room to shine, and arpeggiated synths bringing it to its soulful conclusion.

Spirit Reflection will be released on 9th June by Mr Bongo. You can pre-order a copy via mrbongo.com/products/gaby-hernandez-spirit-reflection-vinyl-lp