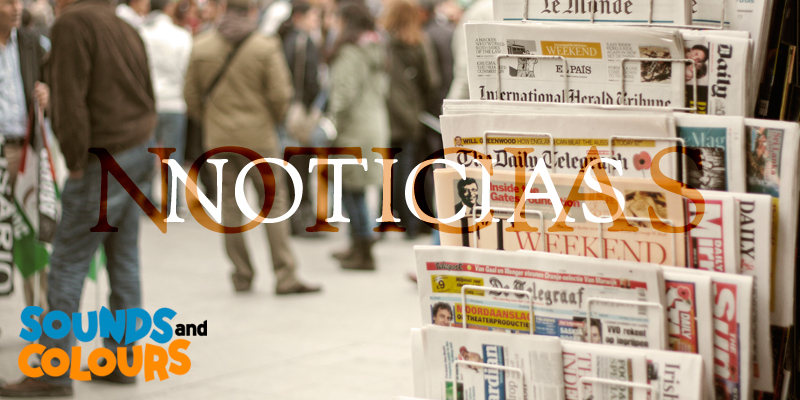 S&C On The Airwaves And In The News

We’ve been extremely busy at Sounds and Colours over the past few months, trying to get our Sounds and Colours: Brazil book finished (it’s scheduled for official release on December 2nd) as well as keeping our website as fresh as ever (please have a look around for lots of great new features, reviews, interviews, mixtapes and articles, as usual). We’ve also been asked to make the odd appearance on radio and cropping up on a few different websites, so wanted to bring your attention to a few of these instances.

First off, I was asked by the legendary DJ Cal Jader to appear on his Movimientos Radio Show. The result was one-hour of the best Latin tunes – as is the Movimientos modus operandi. I selected an assortment from the Andes (Chile, Ecuador, Bolivia and Peru), a couple from Colombia’s Caribbean San Andrés islands and a good handful from Brazil, including one or two that will be featuring on the Sounds and Colours: Brazil compilation.

You can listen to the Movimientos Sounds and Colours Special at soasradio.org/content/movimientos-21013-sounds-and-colours-special

Following on from that was a debut appearance (for me) on the Tropical Beats radio show (hosted by the never-endingly enthusiastic Karl Hildebrandt and Jonathan Baille-Strong for Kilburn to Kensal Radio). After the lads started the show with Angolan tunes – while I was stuck on the M1 – we got into playing a real variety of tunes from all over South America, including a few different selections from the Sounds and Colours: Brazil compilation. Fine times indeed. You can listen to the Tropical Beats with Sounds and Colours show below:

Finally I just wanted to flag up a couple more interesting features on Sounds and Colours, including an interview I did with Marcelo Costa for his rather fine Scream & Yell blog – the source for finding out more about popular culture in Brazil. It was no surprise then that the Sounds and Colours Brazil book was one of the main talking points. You can read that one here: screamyell.com.br/site/2013/09/12/tres-perguntas-russell-slater

We also wanted to flag up this review of the Sounds and Colours Colombia book/CD which was one of the best reviews we’ve had of the book. Not necessarily because it says it’s the best thing ever but because someone actually understood what the hell we were trying to do and enjoyed it exactly for what it is. So, a huge thanks to Oliver Arditi. You can read his review at oliverarditi.tumblr.com/post/65240466265/horizon-widener