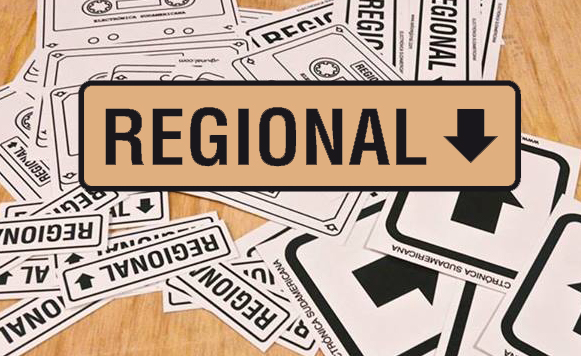 One of our favourite record labels, Sello Regional, have launched a crowd-funding campaign to raise money for their first ever non-digital releases, a CD compilation entitled Regional Presenta Temporal Remixes which features remixed tracks from all three volumes of their amazing Regional Presenta Temporal releases – each of which collected together some of the best electronic music being made in Latin America. Additionally, they are planning for cassette releases of three of their remix EPs: Umoja’s La Piragua Remixes, Waxuma’s Changó Remixes and SidiRum’s Le Solei Remixes.

Here’s what Sello Regional have to say about the project:

“Recently we celebrated one year as a label, and felt the need to grow. We want to release our first physical CD: “Temporal Remixes”, an album that involves the re-use and the union of producers through the re-interpretation. A selection of tracks from the first 3 volumes of the “Temporal” collection, re-versioned by the artists involved in the project, plus some guests.”

As part of their crowdfunding campaign, Sello Regional are offering copies of the Regional Presenta Temporal Remixes CD, cassettes of the Umoja, Waxuma and SidiRum releases, as well as t-shirts, stickers, downloads and other perks.

For a taste of what to expect on the compilation listen/download SidiRum’s remix of Yapla!’s track “Cegre”, currently available exclusively on Sounds and Colours.

To pledge your support for the campaign and pick up some of the best electronic music being made in Latin America go to igg.me/at/regionaltemporalremixes/x/627815