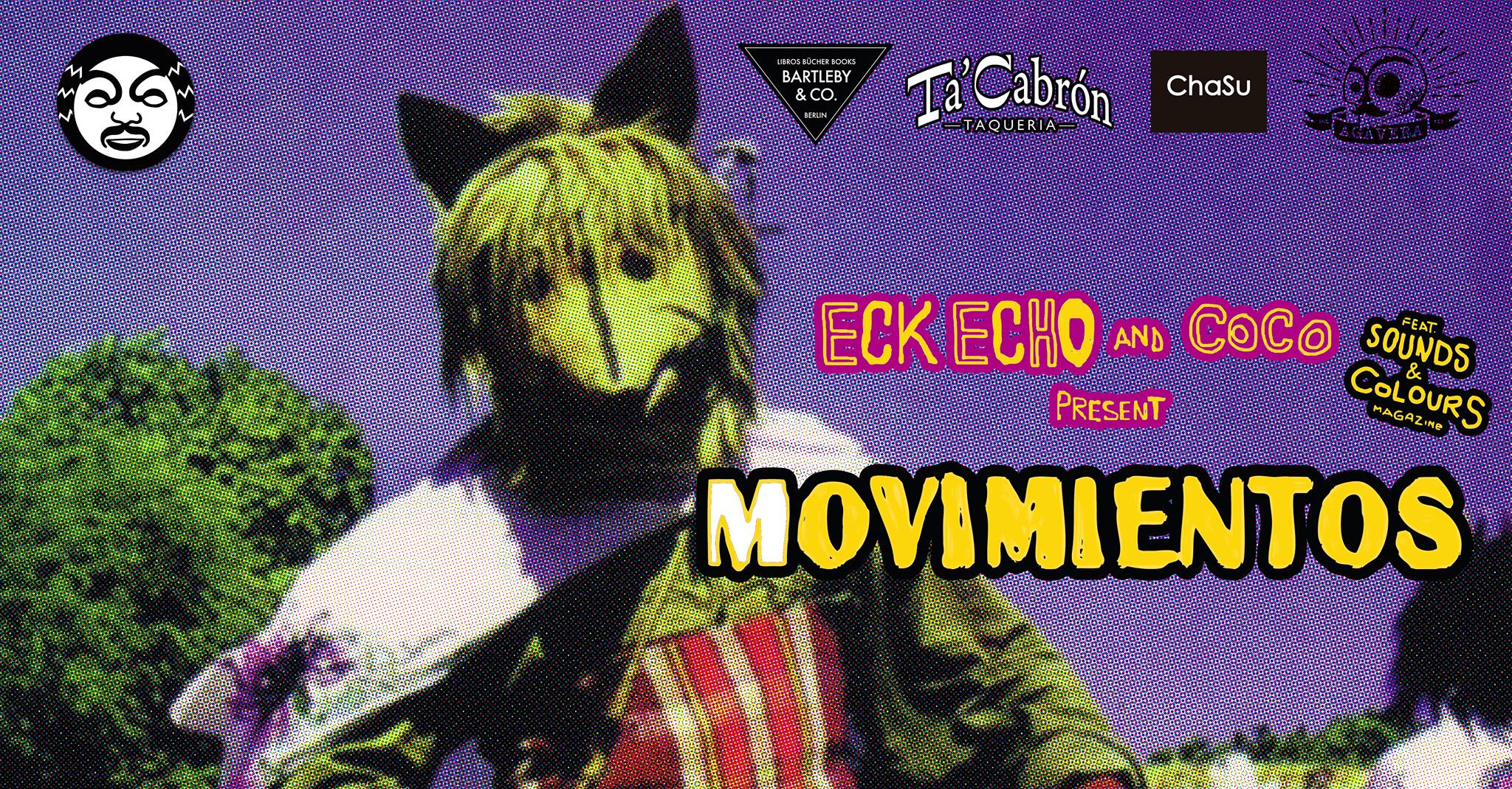 Sounds and Colours To Host Talk at Event in Berlin

On Friday November 20th Sounds and Colours will be part of an exciting Berlin-meets-London event in the German capital.

Hosted by Eck Echo and Coco, the event will feature an incredible line-up of films, talks, DJs and live acts from the tropical music scenes of both London and Berlin. Representing Berlin on the music front will be Los Wawis, Pira Lemu, DJ Coco Maria and Colombian musician Isa GT (who previously lived in London, but is now based in Berlin), with Movimientos‘ DJ Cal Jader showing what London has to offer.

In addition there will be a selection of short films on the theme of Mexico 2.0 curated by Edna Martinez, as well as myself, Sounds and Colours editor Russell Slater, offering a talk on Sounds and Colours, our website, our publications, the South American music and culture we love, and what we have in the works.

Eck Echo & Coco Presents Movimientos, as the event is called, will be taking place on Friday November 20th, from 9pm, at Panke. The event has been sponsored by Bartleby & Co., Agavera, ChaSu and Ta’Cabrón Taquería.