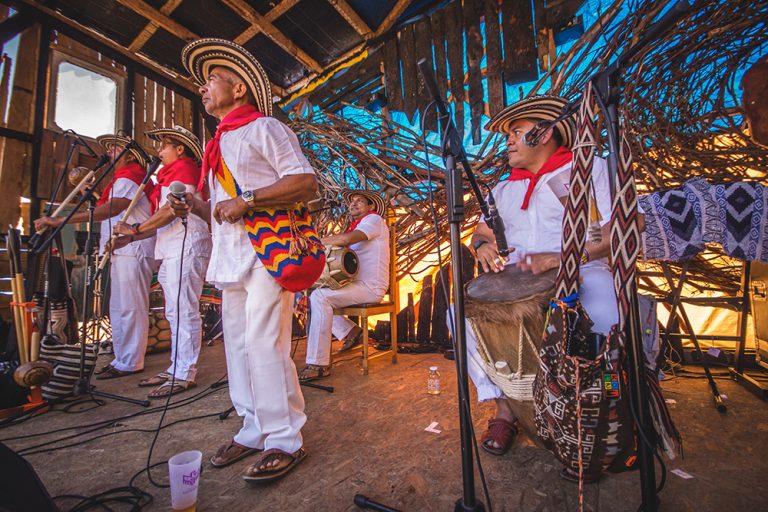 Since 2013, Festival Nómade have been circling around the globe with different names and formats, promoting the new South American electronic sound and respect for ancient cultures and nature. Originally envisioned in hidden spots in the south of Chile, it’s since been held in many locations, including the Caribbean coast of Colombia and somewhere in the woods of Germany.

Now, they are asking for support in a crowdfunding campaign that has many great rewards. This includes the download of their brand new compilation, with music from the Nomade family that includes exclusive tracks by Rodrigo Gallardo (of Matanza), Dengue Dengue Dengue, Derrok and a beautiful crossover featuring two regular festival collaborators, Los Gaiteros De San Jacinto and Mr. Toé. But, be quick because we are only two weeks away from the end of the campaign!