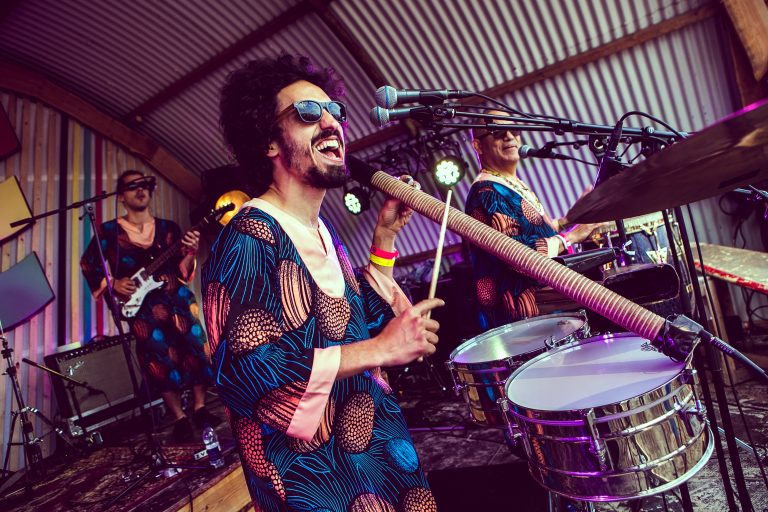 We have a copy of Conjunto Papa Upa‘s long-awaited debut, Libre Para Amar, to give away on vinyl. Set to be released by NYC Trust on March 20th, the album sees the group continue their musical journey deep into rare 60s and 70s grooves from Venezuela and Colombia, assimilating psychedelic soul and Caribbean street party vibes along the way.

The brainchild of Venezuelan musician Alex Figueira (also of Fumaça Preta), the album is a sweet serenade between Afro-Caribbean roots, dusty dance hall rhythms and a need to experiment. With the other group members hailing from Uruguay, Cuba and The Netherlands – the latter being where Figueira and the recording studio for the album are based – this is a band with the credentials to pay respects to musical traditions while pushing them into new, exciting places.