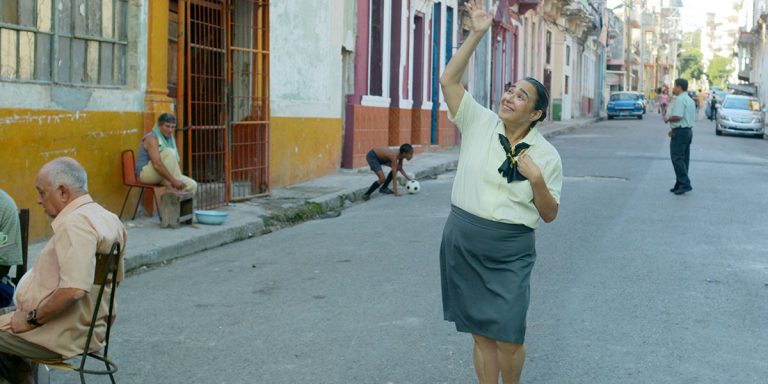 Following a number of special events from April 5th, the 20th Havana Film Festival New York kicks off proper with an Opening Night screening of El Viaje Extraordinario de Celeste García on April 9th, and we have a pair of tickets to give away for the occasion.

El Viaje Extraordinario de Celeste García is the feature film directorial debut of famed Cuban screenwriter Arturo Infante (Edad de Peseta). The film follows retired teacher Celeste as she leaves her job at the Havana Planetarium to find a new, more fulfilling life among aliens. Suitable for all ages, this is a delightful rom-com (straight from the cosmos!) that shows us that happiness may be closer than we ever though.