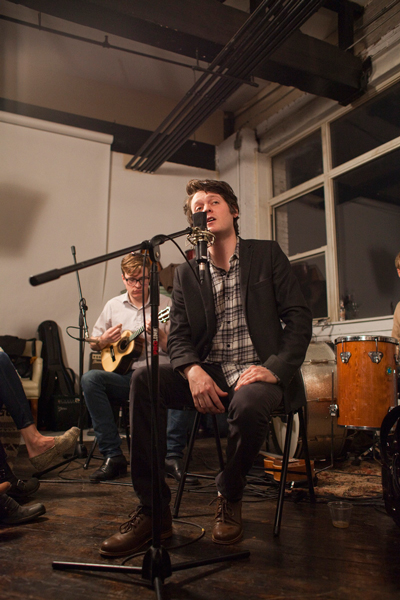 The love affair between Brazil and Beirut appears to be continuing now that Zach Condon’s outfit have covered Caetano Veloso’s “O Leaozinho.” The cover will appear on the highly-anticipated Red Hot + Rio 2, a Tropicalía love fest with a line-up featuring some of the finest Brazilian and International artists around.

We had previously featured the Brazilian Phenomenom of Beirutando on Sounds and Colours, a new craze where young Brazilian musicians were working out their own renditions of Beirut songs using cavaquinhos, Brazilian percussion and other native instruments.

This little clip proves that Beirut loves Brazil as much as Brazil loves it. It’s also made us all a little excited about the upcoming Red Hot + Rio 2 compilation. You can find out more about that release HERE.

Beirut performed this song as well as a few others at a special event last weekend to promote some of the artists involved in Red Hot + Rio 2. Other performers included Brazilian Girls and Cults. You can see photos from the event, like the one below, by going to Stereogum HERE.