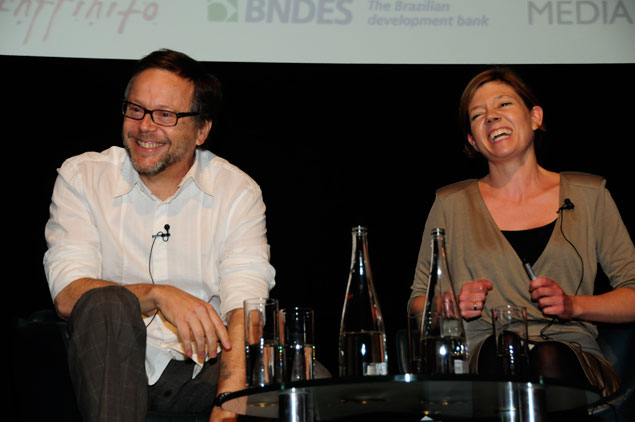 The 2nd Brazilian Film Festival in London finished on 5th September after improving relations between film producers from the UK and Brazil, as well as giving city dwellers the chance to catch some of the great new films which Brazil has to offer. 17 films were shown in total, all competing for the Crystal Lens gongs of Best Feature and Best Documentary, awarded after the organisers counted up audience votes. The winners in these categories were:

Sounds and Colours took a massive interest in the festival trying to review as many of the pictures as possible. To read any of our reviews please click on the film links below:

In addition to the films the event was also a unique opportunity for film producers and directors from both sides of the Atlantic to meet and discuss possible collaborations. This turned into one of the highlights of the festival with the news that Fernando Meirelles would be one of the attendees. The ‘Marketplace’, which would discuss multi-national co-productions, took place on Friday 3rd September, and brought together producers and distributors from both sides of the Atlantic. In addition to Fernando Meirelles‘ presence was Sir Ben Kingsley, accompanied by his Brazilian wife Daniela Lavender (who hosted the opening ceremony).

Hosted by producer Inffinito, the Festival was the first stop of the European stage of the Inffinito Festival, which this year alone has already led the Brazilian cinema to cities like New York and Miami, USA, and Vancouver, Canada. The next destination is South America, in Montevideo, Uruguay, which receives the 1st Cine Fest Brazil – Montevideo 24th – 30th September.