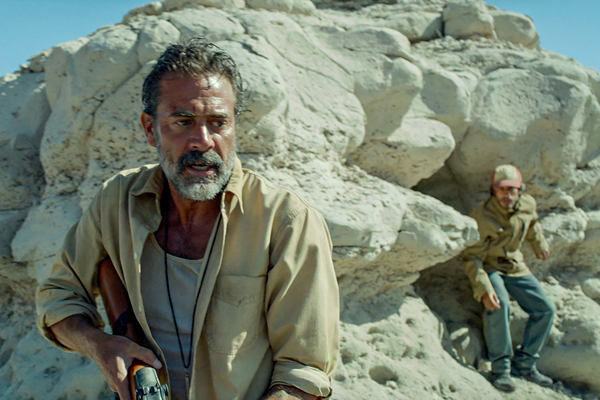 A Gamut of Latin American Films at the LA Film Fest

L.A. Film Festival, which supports emerging and established independent filmmakers, is coming back this year with an amazing line-up. Among the international selection, we come across a variety of Latin American films.

Jonás Cuarón’s Desierto, starring Gael García Bernal, is without a doubt one of the highlights. Winner of the FIPRESCI at Toronto International Film Festival, Desierto is an adventurous journey of a group of people trying to cross the border from Mexico to USA in search of a better life.

Lupe Under the Sun, a US-Mexican co-production, will have its world première at the LA Film Fest. Directed by the award-winning director Rodrigo Reyes, the film follows the story of an ageing peach picker who wants to go back to his home in Mexico before he dies.

LA Film Fest features also a diverse programme of short films, such as Gloria, which is set in the Mexican capital and Flower of a Thousand Colours, which explores the struggle of a Bolivian mother in a mining camp.

LA Film Fest will take place 1-9 of June. For the full line-up: tickets.lafilmfestival.com