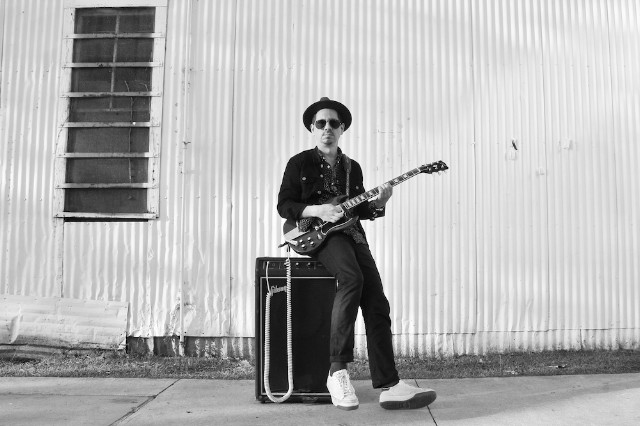 It’s very rare that we get to post anything featuring Bill Callahan on Sounds and Colours, so when we get the chance it’s always nice to involve one of our non-Latin favourites. Callahan is one of the guest stars on Adrian Quesada’s latest album as The Echocentrics.

Quesada, based in Austin, TX, has been involved in some of the finest Latin groups to come out of the US, being one of the main instigators behind salsa big band Grupo Fantasma and psychedelic cumbia outfit Money Chicha, as well as being heavily involved in the laid-back Latin vibes of Ocote Soul Sounds.

The Echocentrics, in some ways, continues those radiant good-time vibes of Ocote, with a sound that the PR describes as perfect for “playing under the opening credits to a modern Sergio Leone film.” On the group’s second album, which will be titled Echo Hotel and released on Nacional Records on May 20th, Quesada has put together an all-star cast of collaborators including Callahan, James Petralli of White Denim and Alex Maas of Black Angels, as well as frequent collaborators Natalia Clavier from Argentina, and Brazil’s Tita Lima.

To get you in the mood, here’s the first release from the album, “Gettin’ Away With Your Gal”, featuring Callahan on vocals: