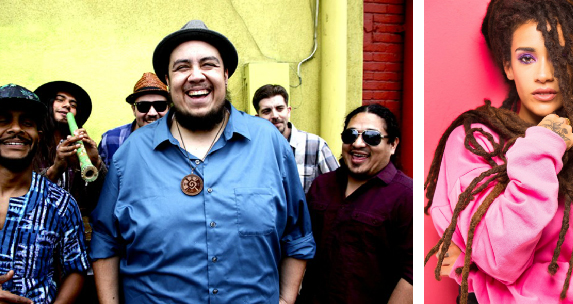 Philadelphia’s AfroTaíno Productions have been putting on global arts and culture events in the City of Brotherly Love since 2005. As many of the musical acts they’ve worked with dabble in the world of ‘Latin alternative,’ they are always found at the Latin Alternative Music Conference (LAMC), which, this year, celebrates its 18th year.

This is the first year, however, that AfroTaíno is throwing their own unofficial showcase in Brooklyn.

Now, we’ve included them in our picks for artists to see and parties to attend during this very busy week. But we wanted to shine a light on this showcase since it’s more than just a party with a performer or two. It’s a full showcase with a full line-up of exciting independent artists that are carving their way in this ‘alt-Latin’ world, which, as many have found, is a tag that has already outgrown its meaning.

So, why a showcase?

“The LAMC consistently provides opportunities for those who are pursuing their dreams, with the panel discussions, insider tips, and of course the networking with international markets & industry,” says the co-founder of AfroTaíno Productions, Rahsaan Lucas. “We decided to offer our own showcase because the energy in the city’s air [during LAMC Week] is heavy, crackling with excitement and musical creativity, and we wanted to create a respected environment for those artists who want to share their talents with new audiences.” 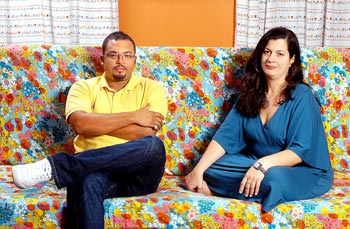 Adds AfroTaíno co-founder Marangeli Mejia Rabell, “LAMC provides a great opportunity to convene with colleagues and meet other programmers, cultural workers and industry resources. Our team often uses the phrase la brega never stops. AfroTaíno’s Summer Bash is a natural expansion of our experience and part of that energy, we are mad excited about our lineup.”

Buyepongo, a Los Angeles-based band who draw heavily from the merengue, punta, and cumbia sounds from Colombia, Haiti, Belize, Honduras, and the Dominican Republic.

Agudos Clef, from Trenton, NJ, the duo are Spanish-language rappers with roots in the Dominican Republic.

Calma Carmona, a neo-latin-soul artist from Puerto Rico, who will be debuting new music from the forthcoming album.

Silvana Deluigi, an Argentine tango interpreter who is working with Eduardo Cabra (Visitante from Calle 13) on his highly anticipated “Trending Topics” project, which launches later this year.

DJ Christian Mártir, a Santurce, Puerto Rico, native, who has worked with various labels including Daptone Records, Fania Records, Names You Can Trust, and Truth & Soul Records putting out a collection of mixes which have garnered him much respect worldwide. 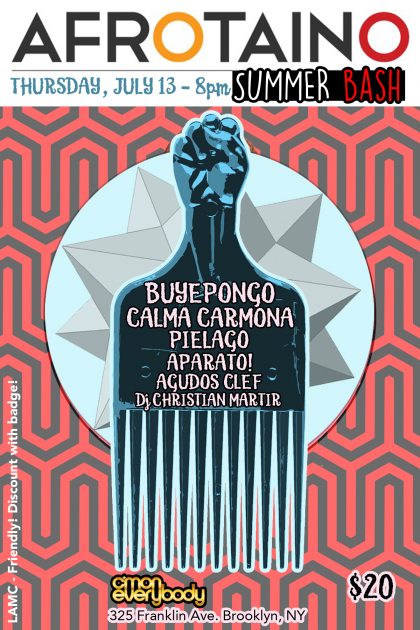