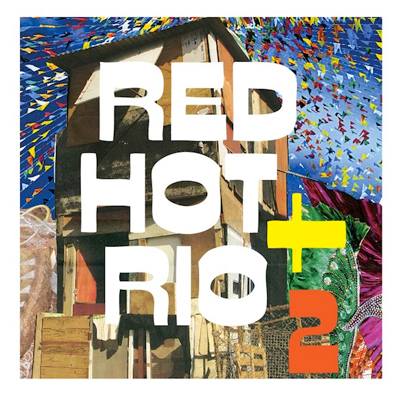 Last week Pitchfork announced that the Red Hot Organization will release Red Hot + Rio 2 on June 28th this year. This new compilation will focus on Tropicália and the great music coming out of Brazil in the late 60s and will feature some of the finest indie artists from Brazil and further afield. Top of the list are Beirut, Of Montreal and Devendra Banhart amonst many.

Red Hot + Rio 2 will pay tribute to Brazil’s Tropicália movement of the late 60s, a movement that has continued to have a musical impact, both in Brazil and globally, to this day. The movement was borne out of frustrations with the Government in Brazil, and also benefitted from a new open-mindedness from the musicians and artists involved who were as influenced by British pop as avant-garde as Brazilian traditions. Beirut will be singing Caetano Veloso’s “O Leaozinho” on the album. If you can’t wait to hear it then you can just click HERE to listen to their rendition. Beirut’s singing and trumpet-playing frontman Zach Condon said in a press release “I feel like Brazilian guitar music is some of the most important and impressive in the world, as far as I’m concerned. I honestly think Brazilian Portuguese is the best language on the planet for its own musicality.” The fact that his portuguese rendition of “O Leaozinho” is pretty much on the money adds some strength to his claim.

The album is the sequel to Red Hot + Rio which came out in 1996. That one paid tribute to Bossa Nova music and featured the likes of Stereolab, Everything But The Girl, Marisa Monte and Caetano Veloso. The Red Hot Organization raises money and awareness to fight AIDS through such projects as Red Hot + Rio 2 as well as their previous benefit compilations including Dark Was the Night and No Alternative, will release their latest comp: Red Hot + Rio 2.