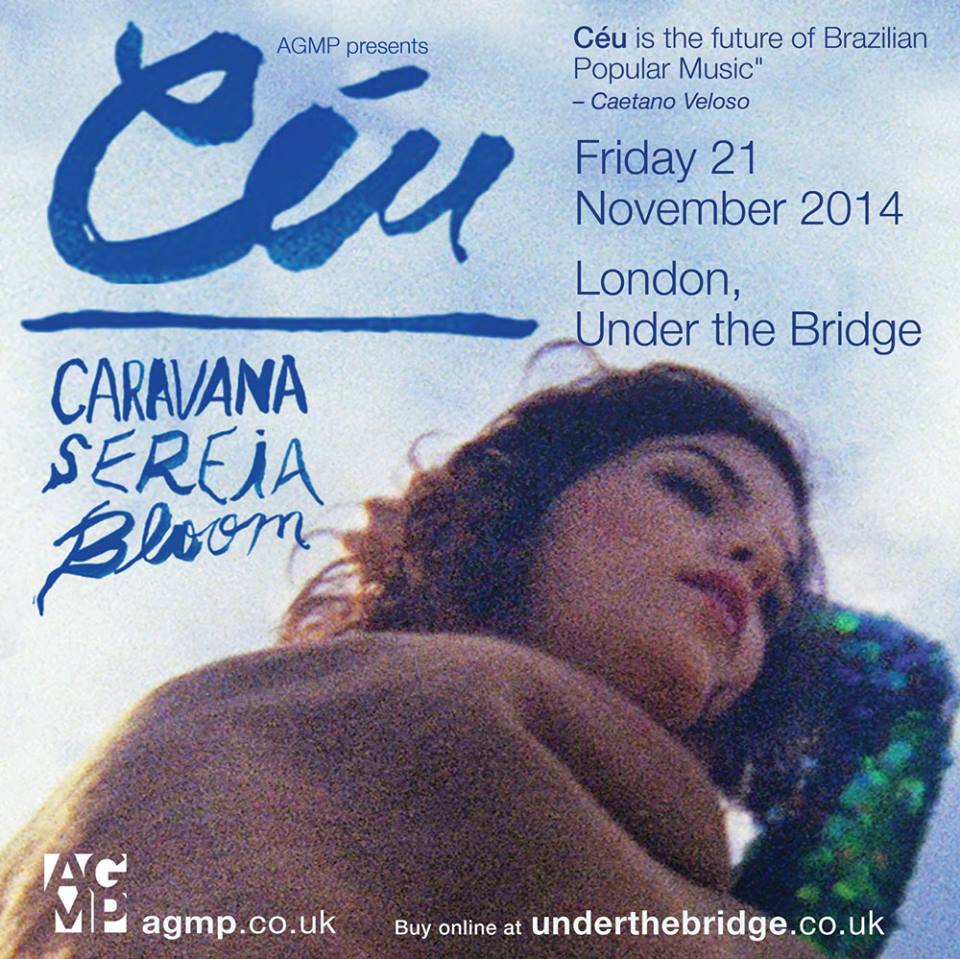 One of the darlings of Brazil’s contemporary music scene, Céu is making her long-awaited return to London on November 21st for an intimate show as part of a brief European tour.

Born into a musical family and growing up in the megalopolis that is São Paulo, Céu’s musical influences run the breadth of the country and beyond. Roots samba and bossa nova can be detected alongside the electronica, jazz and r&b that Céu heard whilst living in New York.

She received her 4th Grammy nomination for her 3rd album, Caravana Sereia Bloom, in 2012. More recently, Céu has been on tour in Brazil with “Catch a Fire”, her own take on the legendary Bob Marley and The Wailers album from 1973.