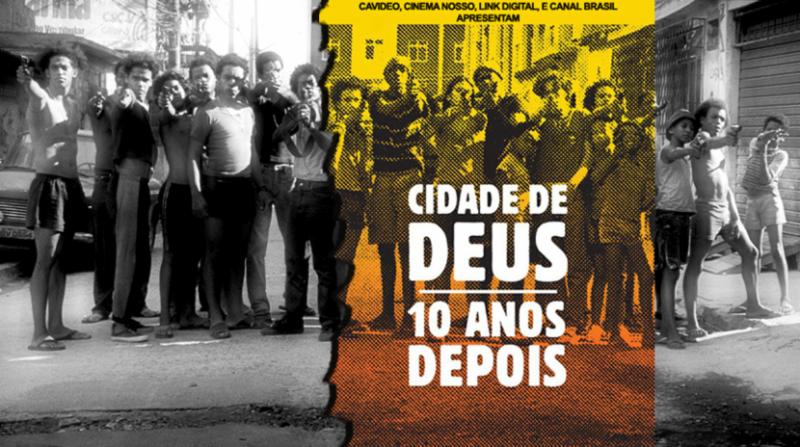 One thing is for sure if you’ve visited Brazil in the past 10 years, at some point you will be asked if you’ve watched City of God (there is at least one DVD in every hostel in the country). If not, then you soon will have. It seems that City of God has become the most prominent symbol of Brazilian identity for every foreigner who visits the country, whether that’s a good thing or not. For Brazilians too, it’s an important film, though so are Central Station, Elite Squad or any number of more mainstream flicks (all of which rarely get mentioned as much as City of God – in my personal experience anyway!).

So, it seems about right that City of God should get a 10-years-later documentary looking at how the actors and crew who worked on the film have changed in the last ten years, and also looking at how Cidade de Deus (which is a real neighbourhood of Rio) has changed too. Featuring Seu Jorge and Alice Braga – the two actors whose careers took off after appearing in the film – as well as countless others who were involved, and directed by Cavi Borges and Luciano Vidigal, the film is a real chance to reflect on the continuing impact of City of God.

For all London-dwellers, they will get a chance to watch the premiere of the film at Notting Hill Arts Club with the presence of Leandro Firmino aka Lil Ze, who will be answering questions after the film.

For more information on the screening visit billetto.co.uk/cityofgod