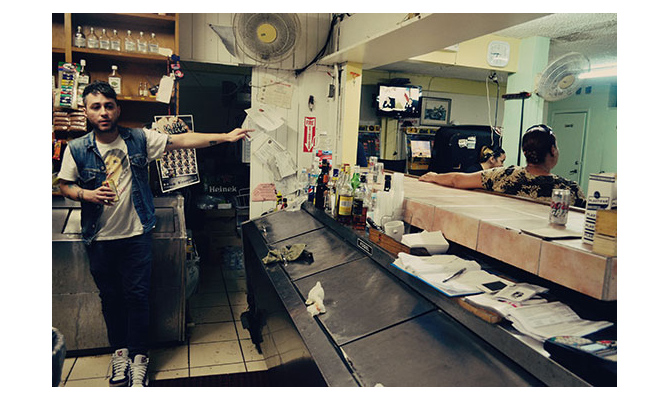 Puerto Rican garage band Davila 666 have been around for a while (their eponymous debut album was released in 2008, while 2011’s Tan Bajo brought them further attention and scored a respectable 7.7 in Pitchfork), but they’ve largely bubbled along somewhere between the underground and the mainstream. The group’s blasting fuzz-rock  evokes backstreet sweatboxes but the poppy melodies suggest loftier ambitions. These came closer to being met when Time Magazine listed Davila 666 as one of the ten best bands at the South by SouthWest Festival in 2011.

Since then, frontman AJ Davila has been busy working on solo material and has just released his new single single ‘Animal’. Fans of AJ’s day job won’t be disappointed with ‘Animal’, as the tune is pretty faithful to the Davila 666 template, plentiful distortion overlaying enthusiastic, quasi-teen revelry.

AJ Davila’s solo album Terror/Amor is out on the 16th February on Nacional Records.