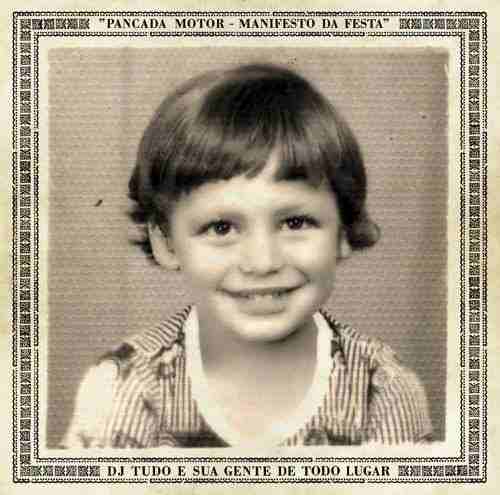 Alfredo Bello is something of a legend in our eyes. As a musician and producer he’s worked with the likes of Apollo Nove, Lee Scratch Perry, Otto, Junio Barreto, Adrian Sherwood, Porcas Borboletas and Cerébro Eletrônico. As a record label boss he has recorded and published important documents of Brazilian folklore via his Sello Mundo Melhor imprint. But it’s as a musician and arranger that we’re talking about Alfredo, or DJ Tudo, to give him his performing name, today as his latest record was released by Far Out Recordings this week.

Pancada Motor – Manifesto da Festa is the perfect encapsulation of DJ Tudo’s sound, capturing his love for Brazilian roots, funky bass and drums, and Jamaica-inspired dub and effects, and continuing the musical legacy he started with earlier albums Garrafada (2008) and Nos Quintais Do Mundo (2010).

Here’s a great little teaser for the album:

More information on the album can be found at Far Out Recordings.

Pancada Motor – Manifesto da Festa is available from Amazon and other record shops.