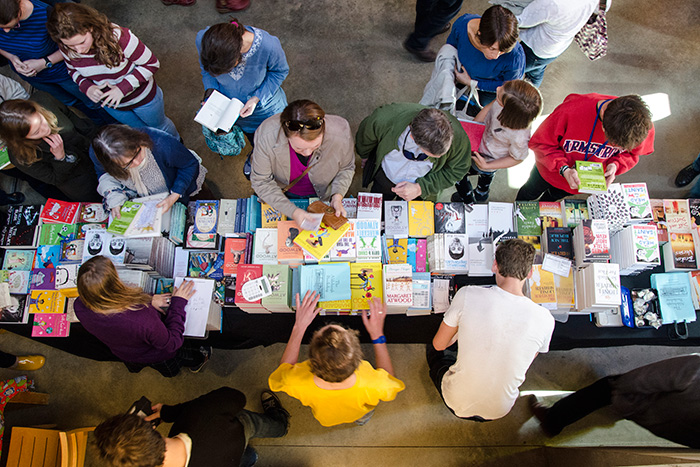 Every October the Snape Maltings arts complex in Suffolk, England, transforms itself into a piece of Latin America. FlipSide festival, now in its third year, is known for bringing together a mixture of big names in literature and up-and-coming writers from Latin America and beyond.

The brightly coloured bunting put up among the beautiful red-brick buildings of Snape Maltings allows you to almost imagine yourself in a Brazilian festa junina party, despite the British weather.

FlipSide was created as the British counterpart of the Paraty International Literary Festival, known as ‘Flip’, a 13-year-old festival in Paraty, Brazil. After focusing originally on Brazilian arts and literature, the 2015 FlipSide is expanding its geographical reach.

The line-up for this year’s FlipSide (2-4th October 2015) has just been announced. Find out some of this year’s Latin and Lusophone highlights below:

FlipSide’s opening night party will include music from The Fontanas, a mixture of funk, samba, ska and bossa nova.

Saturday night’s headline act will be Mayra Andrade, Cape Verdean singer based in Paris who is often compared to Cesária Evora. Also playing on the Saturday night is the London Tango Orchestra, the largest professional tango group in the UK.

Film and literature fans will be delighted to see Fernanda Torres on the line-up. One of Brazil’s best-known and most versatile actors, Torres received the Best Actress Award at Cannes Festival in 1986 for her performance in Love Me Forever or Never and has appeared in critically acclaimed films including Foreign Land, (Walter Salles, 1996). She turned to writing in 2013, with the novel Fim and later Sete Anos (2014), a collection of her writing from the last seven years.

Brazilian writing will also be represented by Cristovão Tezza, perhaps most well-known for his widely-praised autobiographical novel The Eternal Son (2013).

One of the Mexican writers on the programme is Juan Pablo Villalobos, whose first novel Down the Rabbit Hole was shortlisted for the Guardian First Book Award in 2011.

Mexican-born writer Chloe Aridjis will be on the programme too. Her first novel, Book of Clouds (2009) won the French Prix du Premier Roman Etranger.

One of the Lusophone highlights will certainly be Angolan author José Eduardo Agualusa, winner of the Independent Foreign Fiction Prize in 2007, who will talk about his latest novel to be translated into English, A General Theory of Oblivion (2015).

Beyond music and literature, FlipSide will include free art exhibitions, Latin American food and craft stalls and dance performances, from salsa to tango and maracatu. The festival is extremely family-friendly, with an extensive children’s programme. 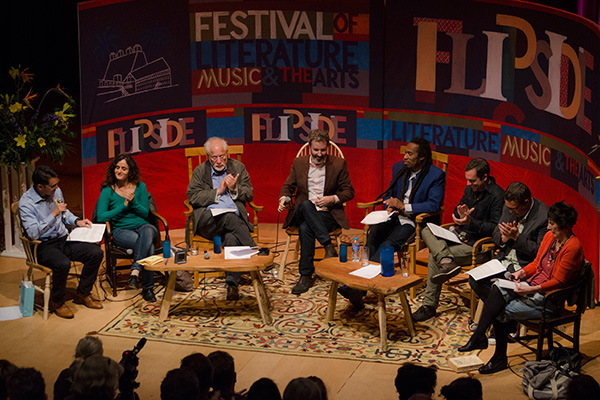 Benjamin Zephaniah (fourth from right above), who featured on the FlipSide 2014 programme, was full of praise for the festival. ‘Some festivals can be a bit stuffy, a bit too literary, almost elitist,” he said. “But here it’s very relaxed…I don’t think I’ve ever seen a festival like this.’

Find out more and buy tickets at flipsidefestival.org