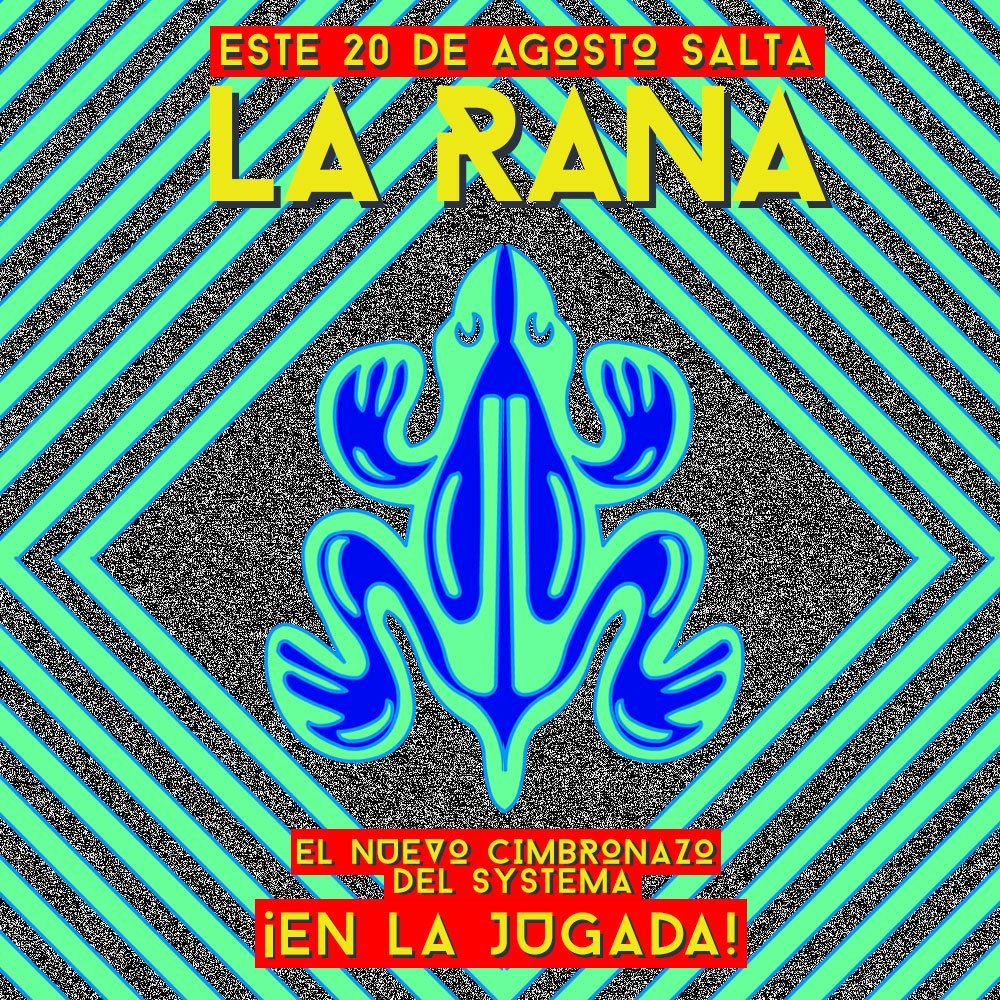 Yesterday Colombia’s Systema Solar released their new single and it’s an absolute belter. “La Rana” (which you can download below and which also has a video, again see below) is the first taster from Systema Solar’s second album, due for release very soon.

While also representing the sheer euphoria of a Systema Solar concert, complete with outrageous dance moves, the video to “La Rana” also forms part of a discussion that the group want to bring to attention in regards to waste disposal and the reusing of materials (hence the ragged clothing and accessories the group wears in the video). To explain the concept behind the video here are Systema Solar themselves to explain it:

Directed in DIY mode by the unique VJ of the crew, Pata de Perro (Vanessa Gocksch), and inspired by the chaotic situation that the Caribbean Coast lives in relation with waste disposal, it pictures the members of Systema as a crew of streetwalking “recicladores” (local and sometimes even prerrogative term to refer to “recyclators”, misjudged in many occasions by the establishment as crackheads or seen as “decomposers”) that seek for magical treasures in the depths of the city’s trash. Shot in between two of the most important cities of the Coast, Barranquilla and Santa Marta, epicenter of Colombia’s psychedelic tropical culture, the video was conceived as part of a special project called Mi Barrio Sin Basura: a local workshop given to the community of El Oasis in Santa Marta by Intermundos: Systema’s pioneering foundation for community empowerement and knowledge exchange. Living next to a dump, this neighborhood is roughly affected by the situation of waste disposal. “Local ‘recicladores’ have embraced a mission that nobody else wants to assume”, manifests Pata de Perro. “An honorable and worthy mission. While we indulge in endless consuming and disposing without mediation, threatening the planet more and more every day, these people are the only ones that are adressing the problem of waste disposal seriously. For the video, we did a scene in the local dump site where we met some of them. They told us about their work, their lives. It was very inspiring. We need to change how society looks at these people. We need to look at them as heroes.” Much more than a song, La Rana is really an opportunity to activate a social media focused pro-recycling campaing. In the days following the release, fans of Systema Solar can share related content on the subject by using the hashtag #reciclandoconlarana. With the firm conviction that music has the power to activate, Systema keeps on working to become an independent channel that promotes positive actions and practices within the community nurtured around them.

You can find out more about the group’s woskshops in the El Oasis neighbourhood near Santa Marta here (in Spanish).

The new Systema Solar is currently being mixed and primed for release. So, in the meantime let’s get down to “La Rana”: