One of the most important Latin music events of South America, Frontera Festival, is coming to London for the first time on the 28th of May. Chile’s largest music festival will illuminate the city with a variety of different Latin styles and genres.

Frontera Festival will host a few local artists along with some of the biggest music stars from across Latin America, such as the Puerto Rican reggae band Cultura Profetica, Argentinian electro-pop group Miranda!, the hugely-influential Brazilian psych rockers Os Mutantes, Chilean singer-songwriter Gepe and multicultural indie-folk outfit Jenny & The Mexicats.

Frontera Festival will take place at Studio 338 in Greenwich on Saturday 28th of May. For details about the festival and to book tickets, visit fronterafestival.com 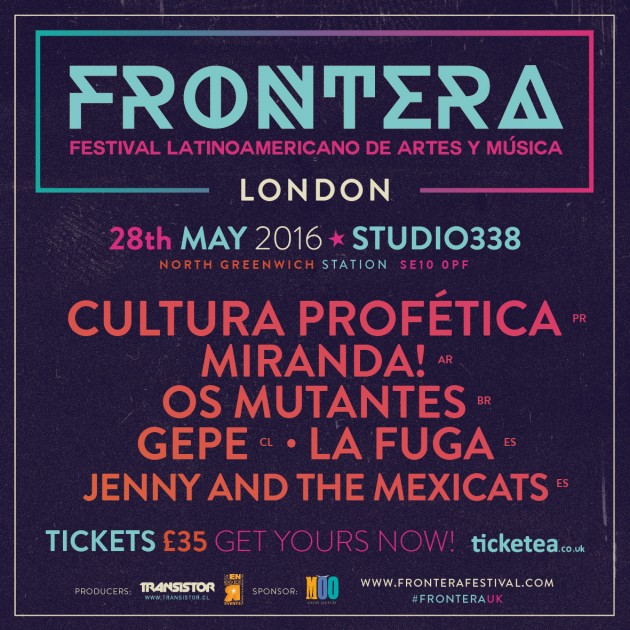