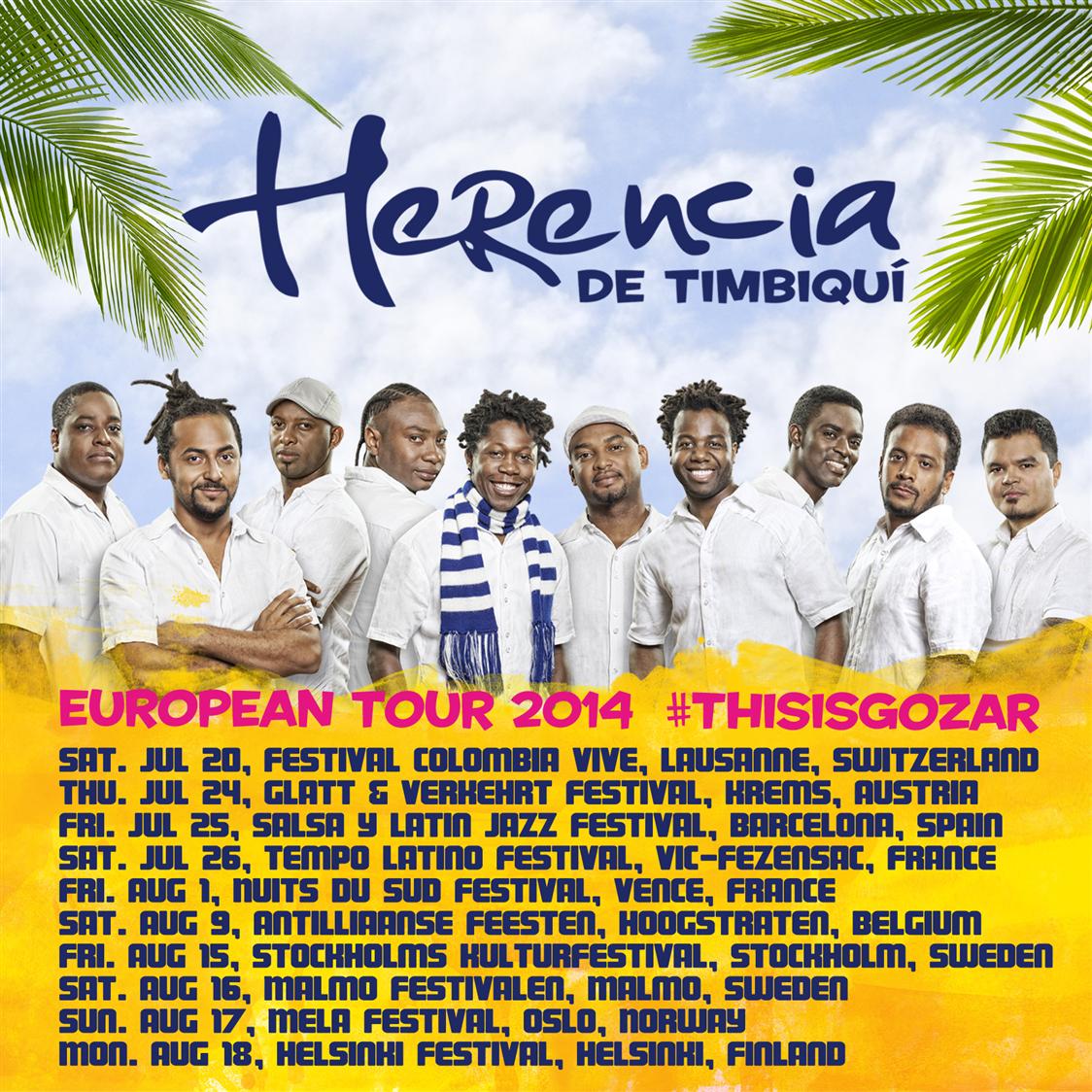 Music from the Pacific coast of Colombia is slowly getting its dues. Heavily influenced by the runaway slaves who maid their homes along the coast, as well as the green, river-strewn landscapes (as well as surprising European styles, dating back to the Colonial times, like the polka and waltz), the music has a strong African flavour and a history wrapped in tradition and rituals.

Herencia de Timbiqui are one of the break-out groups (following Hugo Candelaria and Nidia Gongora, the latter having played many worldwide shows with Quantic and Ondatropica), with their own style mixing música pacifica with salsa and r&b. You can read our review of their last album, This Is Gozar! here.

This summer they’ll be coming over to Europe for festival shows in Switzerland, Austria, Belgium, Spain, France and Scandinavia. As someone who has seen them live all I can say is that this is the way to see them, when their passion for the music turns their songs into something bigger, a wall of sound and energy that will leave you exhausted. Here are the dates of the show:

You can watch their lush video for “A Tu Manera” (produced by Will “Quantic” Holland) below: