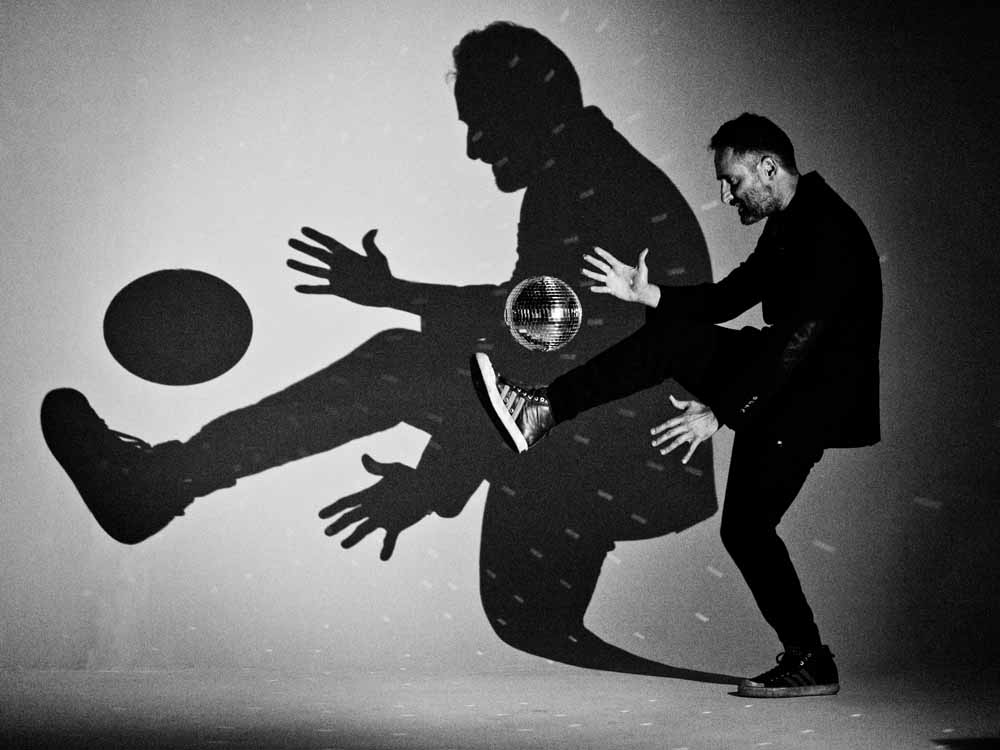 We’re always a little bit excited about a new Jorge Drexler release. The man, above all else, has created his own unique musical universe that sets him apart from the crowd. His songs are melodic, serene, speaking of the simple things in life, with flashes of guitar, electronics and percussion that never feel contrived or hastily assembled. And he experiments too. His last release, n, was an interactive musical experience available for smartphones in which users could create their own edits of each song. His new album continues this sense of experimentation, and soon you will understand why we are more excited than normal about this upcoming release.

Bailar En La Cueva, which will be released internationally on June 2nd, was recorded in Bogotá and Madrid and sees Drexler exploring grooves in a way he’s never done before. If the idea of dancing to Drexler previously seemed implausible, then now is the time to throw out the rulebook. To create these new grooves Drexler turned to none other than Mario Galeano Toro (Frente Cumbiero, Ondatrópica, Los Pirañas) for help. Adding to Drexler and his production team of Carles Campón and Sebastián Merlín, Galeano Toro helped assemble a lethal rhythm section featuring the likes of Pedro Ojeda, Eblis Álvarez and Will Holland and many others from a fervent music scene in Bogotá. Other collaborators on the album include high-profile names like Caetano Veloso, Ana Tijoux, Bomba Estereo and Eduardo Cabra (Calle 13).

We’ve had the delight to hear the album in full and we have to say that it is a little bit special and quite possibly the best album of Drexler’s career, a real artistic highpoint.

Bailar En La Cueva will be released on June 2nd and is available for pre-order from >Amazon.

Watch the Making of Bailar En La Cueva (In Spanish):