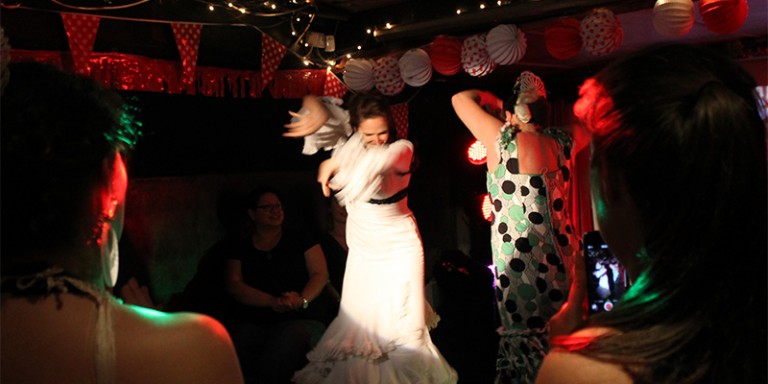 It was a slice of Seville that lit up what was a surprisingly chilly April night in London.

Set against the sorry drizzle outside, 150 people embarked on a journey to Andalusia on a cosy, wooden barge on the River Thames. Stepping down the rainy gangplank and through the small doors, we were whisked away from the London rain and taken on an evening of Spanish dance, fashion and music to celebrate the traditional post-Easter Feria de Abril.

This festival takes places about a fortnight after Semana Santa in Seville where the customary sevillanas dances are stepped and swung through the streets of the city.

Here, on-board a barge in South London, we might have been hundreds of miles from the birthplace of the dance but the boat was rocking as the Battersea Spanish culture and language centre did its best to put on a true Andalusian show.

The evening began with a sevillanas class, then an open floor for those who wanted to try out their newly-learnt steps and finally the awards for best dancing couple and best-dressed. 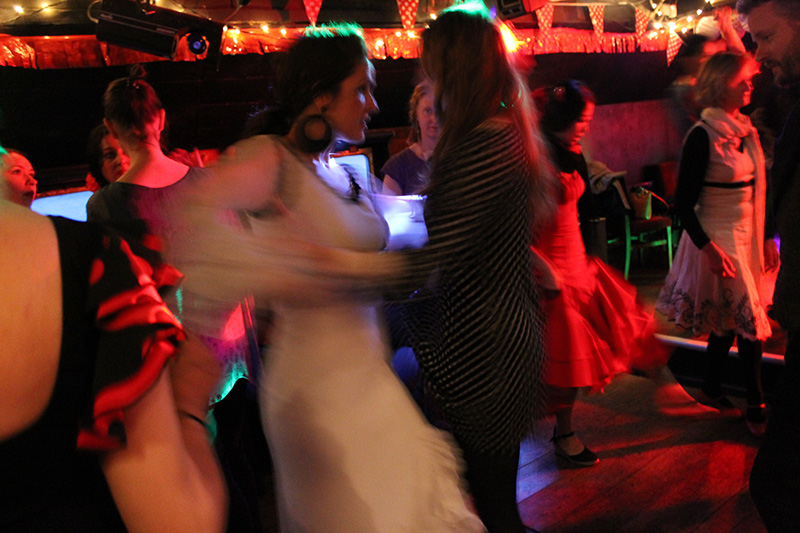 There certainly was some gorgeous style on show. Many of the women had embraced the evening with blue-and-white polka dot dresses or the traditional outfits of blood-red and black. Most of them also had flowers to adorn their hair. Some were in heels and others barefoot. There were also some lads there learning the coplas of the dance wearing jeans and a t-shirt. It did not matter: the crowd was here to have fun, drink a glass or two of sangria, meet friends, and enjoy the music and dance of the Feria de Abril.

The barge’s wooden floor creaked with the thumping ta-ta-ta of a hundred stomping feet and the coloured lights flickered through a thousand twirling fingers. Newcomers and old-timers, all were put through their paces by the star of the night. Maria Vega lives in London but the renowned Spanish dancer led the congregation on a trip back to Seville. She was enchanting as she twirled her pasadas and strutted through the steps. She gamely taught the growing gathering, cheered by the festivity.

What really stood out was the range of people attending. A woman in her sixties from Dumbarton had first danced flamenco 30 years ago and had been captivated by classic Hispanic dances ever since. A mother and daughter who were members of Battersea Spanish wanted to be there to enjoy the ‘community and family’ vibe that the cultural centre embodies. There were singletons, groups of friends and couples on dates. The atmosphere was relaxed and joyous – many of the Spaniards who came were there simply to dance. 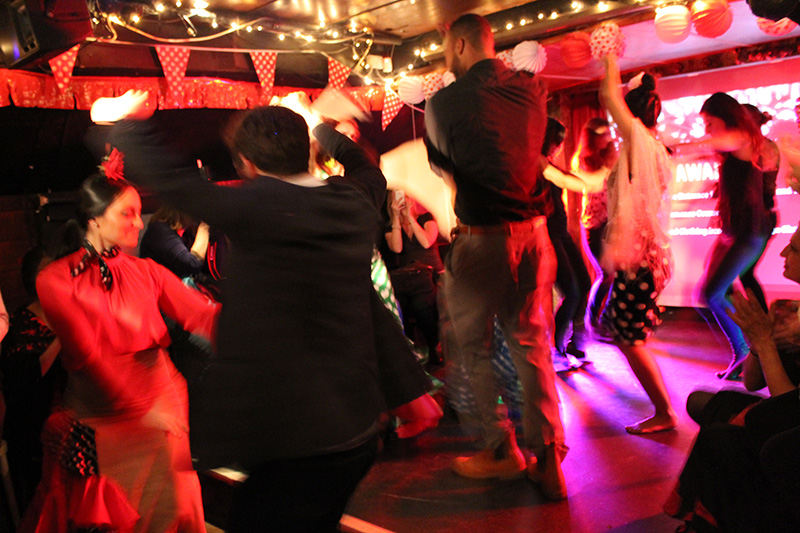 The interior of the vessel was decked with red and white decorations, with the speakers dressed too. They were the only things that could not cope with this entertaining evening – as the folkloric music cut out a few times, such was the excitement and sevillana stomping on the floor of the barge.

With the drab, grey weather outside, the crowd could forget for a few hours that they were in South London and revel in the perfect antidote through the warmth and style of the Feria de Abril festivities.