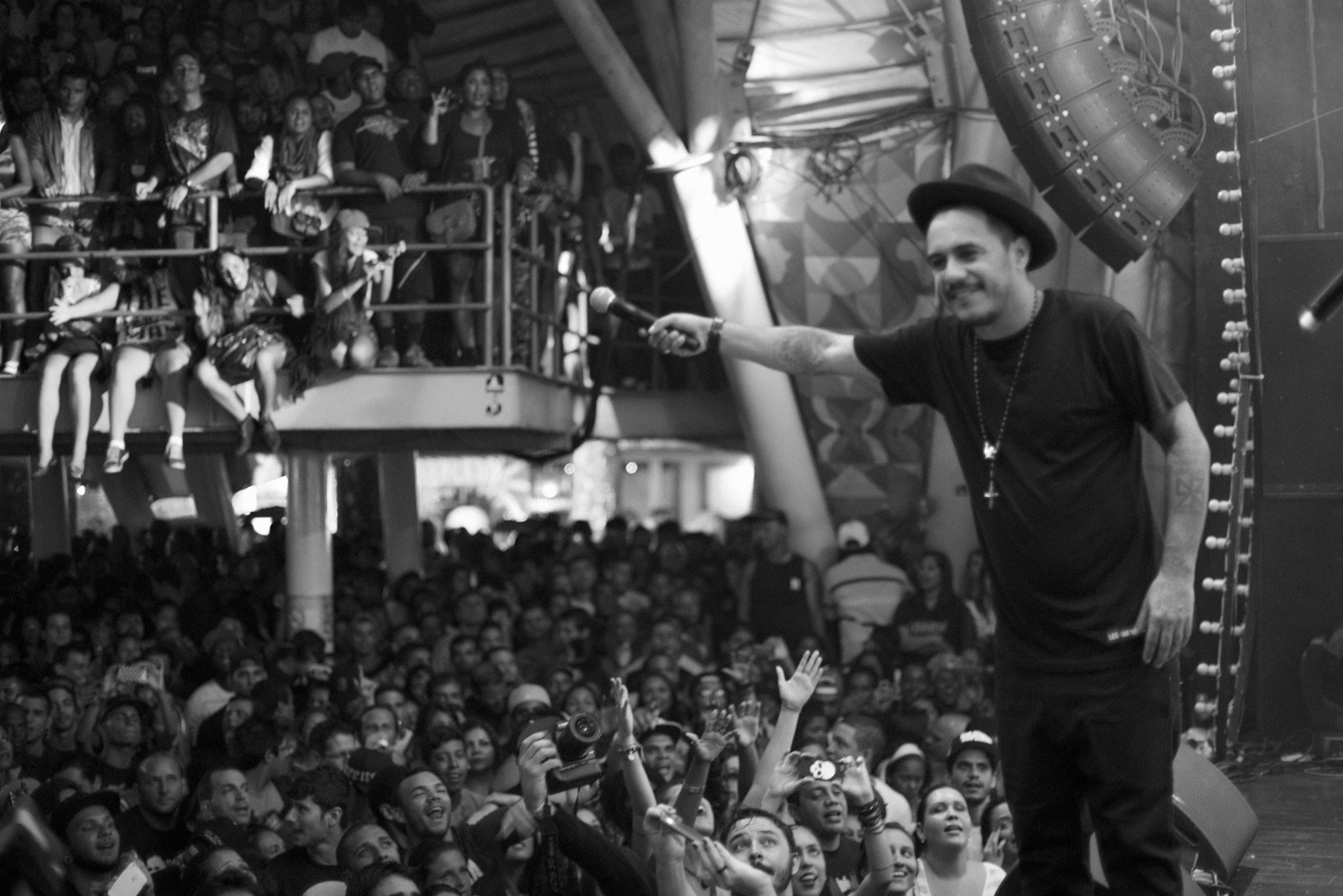 Marcelo D2 is back with a bang. After becoming the breakout star of Brazilian hip-hop – thanks to 2004’s À Procura Da Batida Perfeita (released in the UK as Looking For The Perfect Beat) and its follow-up Meu Samba É Assim in 2006 – Marcelo D2 is back to show international audiences that he never really went away.

Nada Pode Me Parar marked his first full-length of original songs since 2008’s A Arte do Barulho and sees the rapper at the top of his game. Once more he has worked with original Beastie Boys producer Mario Caldato Jr to craft a new set of songs soaked in Brazilian music history with samples of tracks by Milton Nascimento, Dom Um Romão, Ivan Lins add Raul Seixas. It’s a record that feels like a return to the Rio-style of samba-heavy Brazilian hip-hop he perfected on À Procura Da Batida Perfeita. However, there is a strong progressive touch too, such as on “Danger Zone” where US soul singer Aloe Blacc takes the chorus.

Marcelo D2 is set to hit the UK on Saturday 22nd August at Electric Brixton, London where he will be performing tracks from Nada Pode Me Parar as well as classics from his solo career and Planet Hemp. The concert is part of a world tour taking in cities in South America, North America, Africa and Europe.

The show is being promoted by the B•Mundo label and international booking agency Primeira Linha, who have joined forces to bring contemporary Brazilian music to the UK. They are also promoting O Rappa’s London show on 11th July.

Tickets are available from seetickets.com/Tour/nada-pode-me-parar

Here’s the video for “Feeling Good”, one of the singles from his latest record: